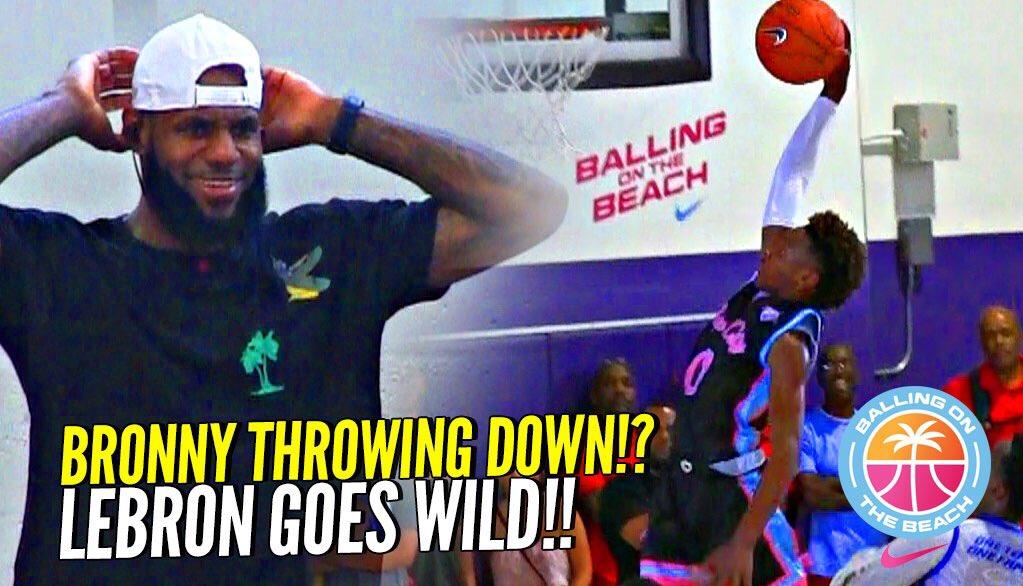 LeBron James and the Cleveland Cavaliers are officially in the offseason, and that means a lot more time for James and his family to watch sons LeBron Jr. and Bryce do work in his basketball games.

Earlier this weekend, James posted a photo of his sons on Instagram as well as a video clip on IG Live of his kids games.

On Sunday, video surfaced of Bronny’s attempted dunk on a fast break opportunity in a game, and one that caused both LeBron and wife Savannah to visibly react. LeBron was on his feet and had the “oh no you didn’t” look while Savannah had the “wow!” look held for a few seconds.

Bronny Jr Gets LeBron out of his SEAT!! @kingjamespic.twitter.com/5Jq9ACVTw5

Yo even Big Bron was shook when Lil Bron almost yammed that lol pic.twitter.com/2EWgwfov7x

One important piece of information to note here is that Bronny is reportedly going to enter the 8th grade next year. 8th grade, and he’s already doing this! It’s far too early to tell if he’ll be an NBA Caliber talent, but all signs so far are pointing towards him potentially being a one-and-done star, and that’s if the rule hasn’t been changed by the time he’s finished high school.