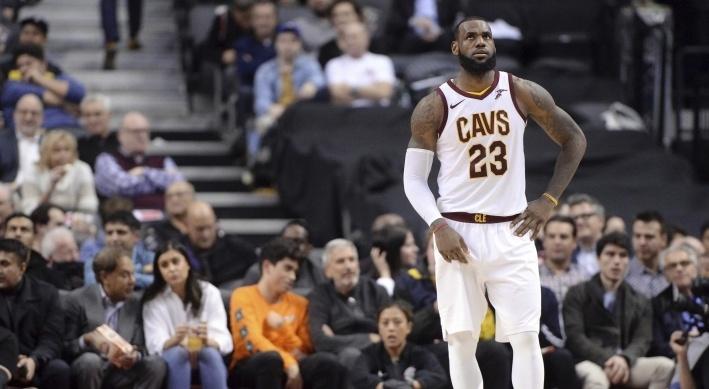 LeBron James became the 7th and youngest player in NBA history to record 30,000 career points during Tuesday night’s 114-102 loss in San Antonio to the Spurs. Several athletes and celebrities decided to send out congratulatory messages to James, including actor and comedian Kevin Hart.

“You know, nobody knows this, but when I played high school basketball, I was the first to reach… 17 points,” Hart continued as James laughed. “It was done my senior year and it was quite the feat, so I know the feeling that you have. I’m proud of you. Strive for greatness and hope to accomplish someday the things that I did.”

James and the Cavs have been struggling to find a rhythm as of late. In fact, they’ve lost 10 of their last 13 games. Hart’s cheerful message, albeit comical, was right on time. The King couldn’t stop smiling.

The Cavs’ first crack at redemption comes on Friday night, as they’re scheduled to host the Indiana Pacers inside Quicken Loans Arena. Tip-off is set for 7:30 p.m. EST with Fox Sports Ohio and Fox Sports Indiana having live broadcast coverage.