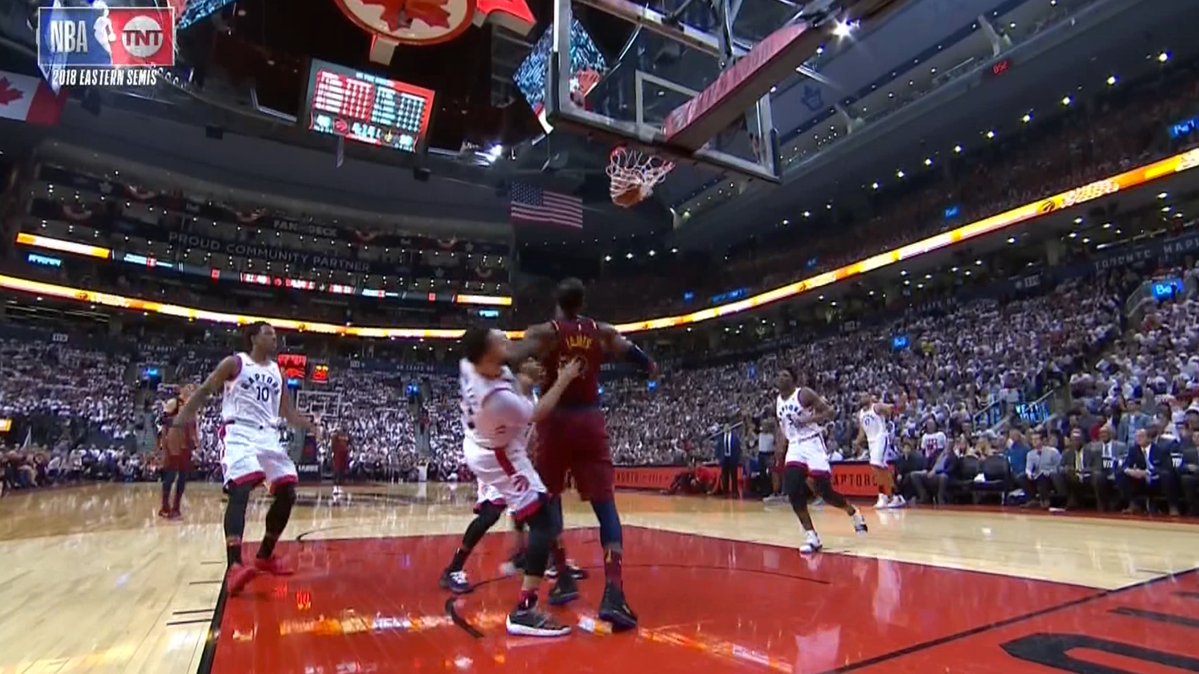 The Cleveland Cavaliers and Toronto Raptors started their second round series on Tuesday night in the rowdy Air Canada Centre. Late in the first half, with the Cavs on the comeback trail following a 14-point deficit, LeBron James and Raptors backup guard Fred Van Vleet got into a shoving match. James and Van Vleet appeared to have their arms locked as James boxed Van Vleet out for the rebound.

Fred VanVleet tries to get physical with LeBron James. pic.twitter.com/PGR3rORivX

Van Vleet was whistled for the personal foul after the made basket by J.R. Smith, but ended up missing the free throw.

The Cavs ended up trailing the Raptors in the first half, 57-60. Shockingly, J.R. Smith led the way for Cleveland with 14 points and Jeff Green added 13 points off the bench. LeBron James had 11 points, six rebounds, and seven assists in the first half.

Fred Van Vleet had seven points and one rebound in nine first half minutes.