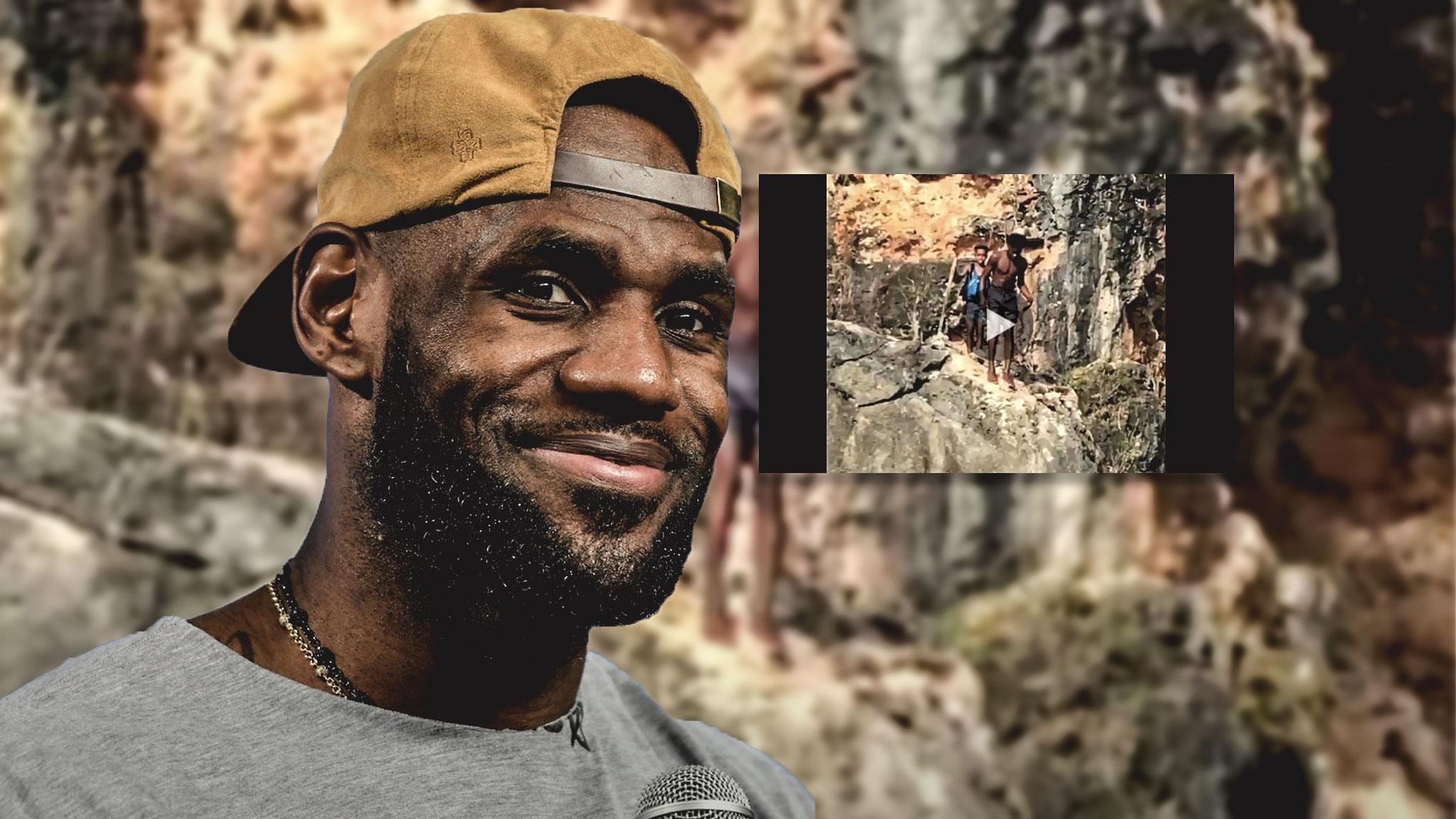 The speculation as to where Cleveland Cavaliers forward LeBron James is going to land in free agency this summer continues to grow, but this may be the most definitive evidence of his plan.

While Twitter going berserk with rumors and speculation as to where James will be playing next season as well as how he’ll be affected by Paul George and Kawhi Leonard, the Cavs star is spending his time… jumping off cliffs?

This is the part of the offseason where fans and media alike are searching for any way to find out what’s going on in the mind of LeBron James. It’s one of the biggest storylines and it will remain at the forefront until a decision has been made.

For now, the James family looks like they are enjoying their vacation and leaving everyone else to speculate.