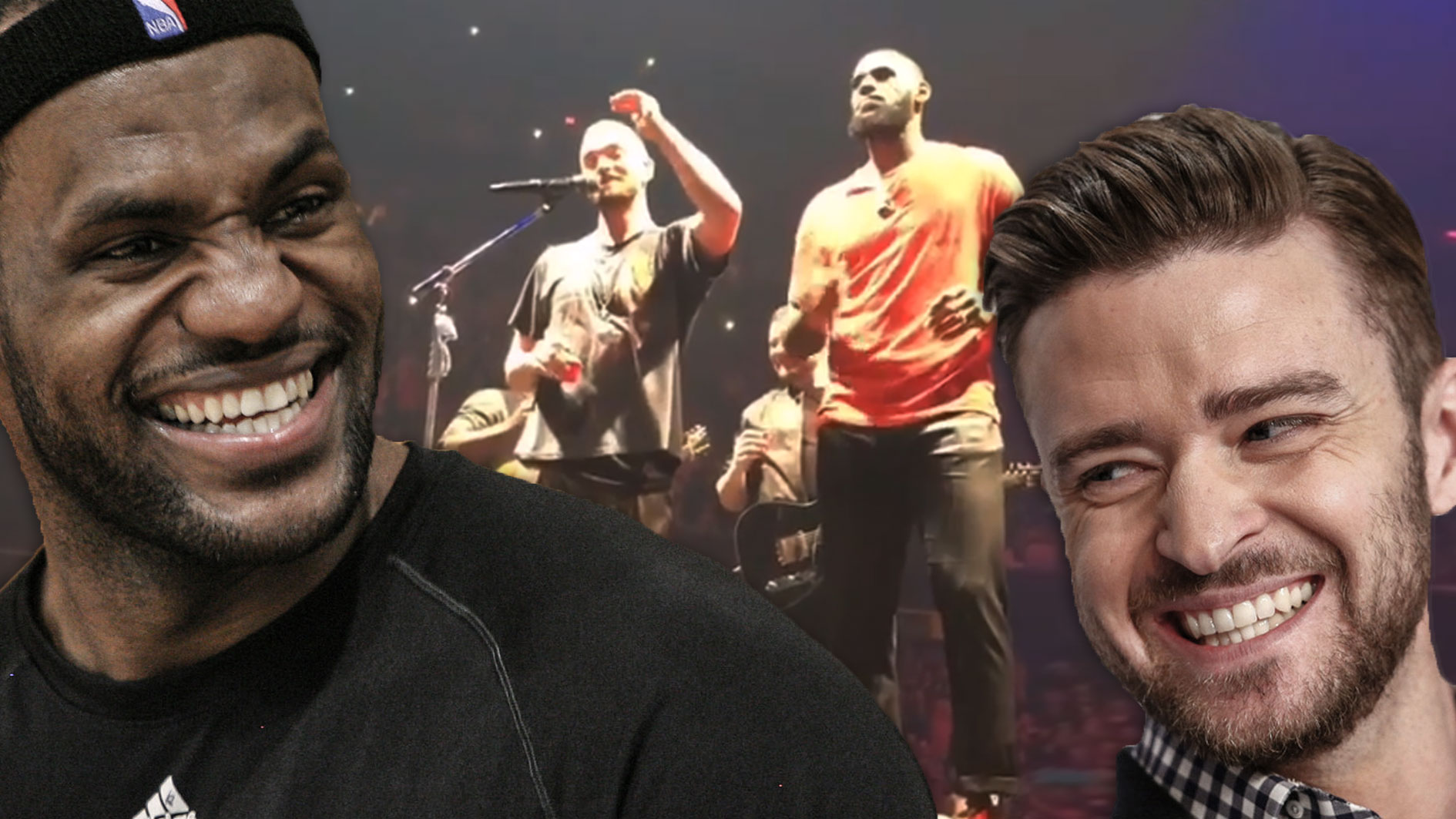 The star power was strong this weekend in Cleveland.

Well, it always is when LeBron James is in town but this time Justin Timberlake was too and both of them got on stage together during a concert.

Take a look at James joining JT in this video:

LeBron and Justin Timberlake just did a shot together on stage. (via @no_insta_nik)

Cavs fans will love seeing James get hype on stage and show some love toward Timberlake. It was also cool to see LeBron in somewhat of a different light as he took a shot on stage with Timberlake.

This is about as crazy as anyone will see LeBron get. He treats his body as a temple and isn’t known as a hard party animal, quite the opposite if anything. But it’s refreshing to see LeBron let loose and show his softer side.

LeBron is in the midst of another fantastic year, one in which he believes he deserves the MVP, keeping the Cavs near the top of the standings and on pace to make another deep postseason run.

JUST IN: LeBron James should be this season’s most valuable player
Related TopicsCavaliersJustin TimberlakeLeBron James