Video: LeBron James freaks out after Hornets player hits him below the belt 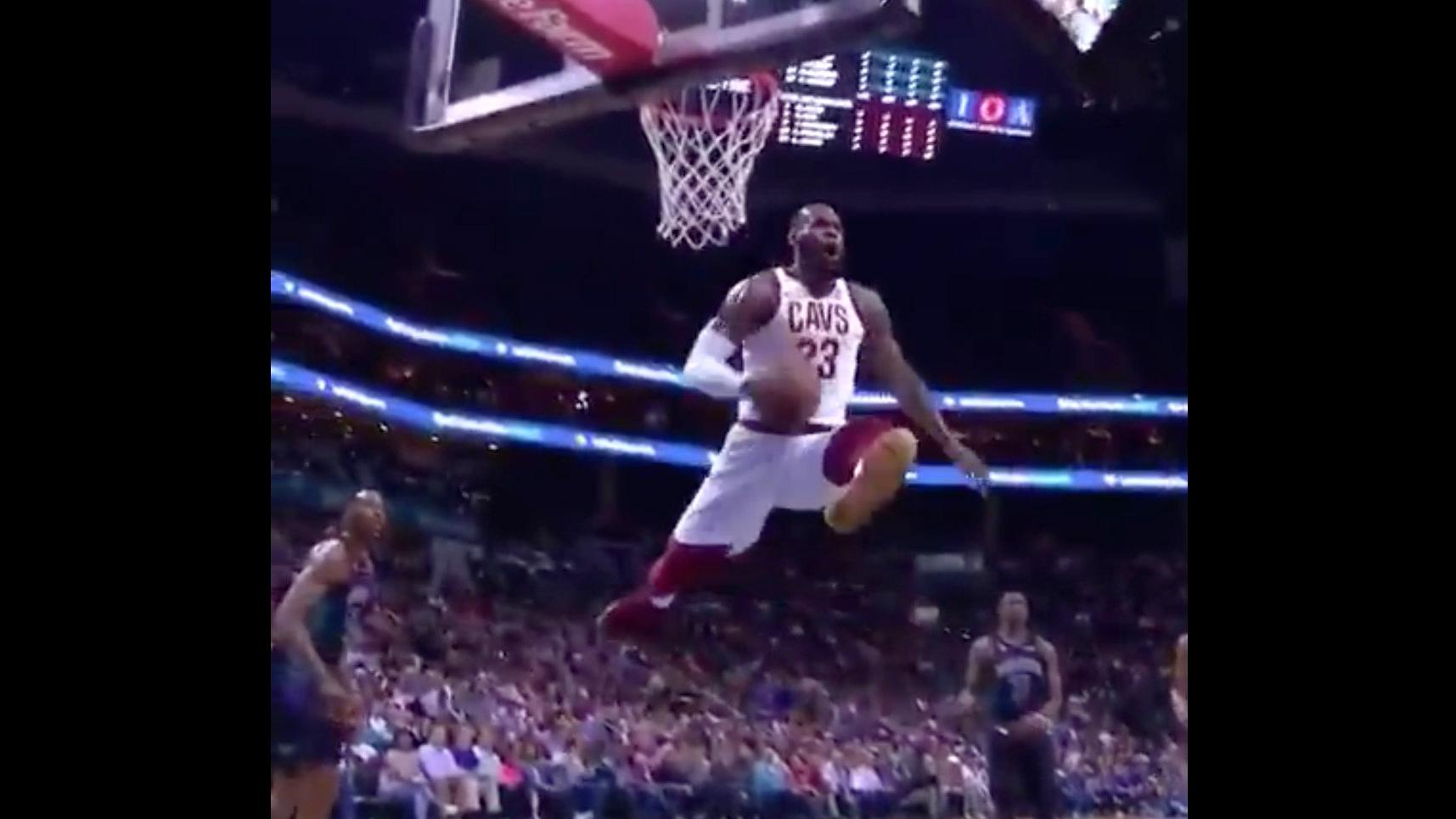 LeBron James was not happy after getting hit below the belt tonight.

James drove the lane and Charlotte Hornets rookie Dwayne Bacon swiped for the ball, missing and hitting him below the belt. It took LeBron until he was in mid-air to freak out in dismay over the illegal contact which was called a foul.

Take a look at the sequence:

Only LeBron can make this look cooler than an actual dunk. pic.twitter.com/QiQZub3aXf

LeBron wasn’t seriously injured or anything on the play but it was clear that he did not appreciate the contact.

What was impressive was how LeBron was about to go up for a dunk and decided against it while in the air to protest the foul.

It’s been a big night for LeBron as he has tied Michael Jordan for the most consecutive games scoring in double-digits. LeBron has been playing as well as anyone in the league this year, so much so that he says he would vote for himself for the MVP award.