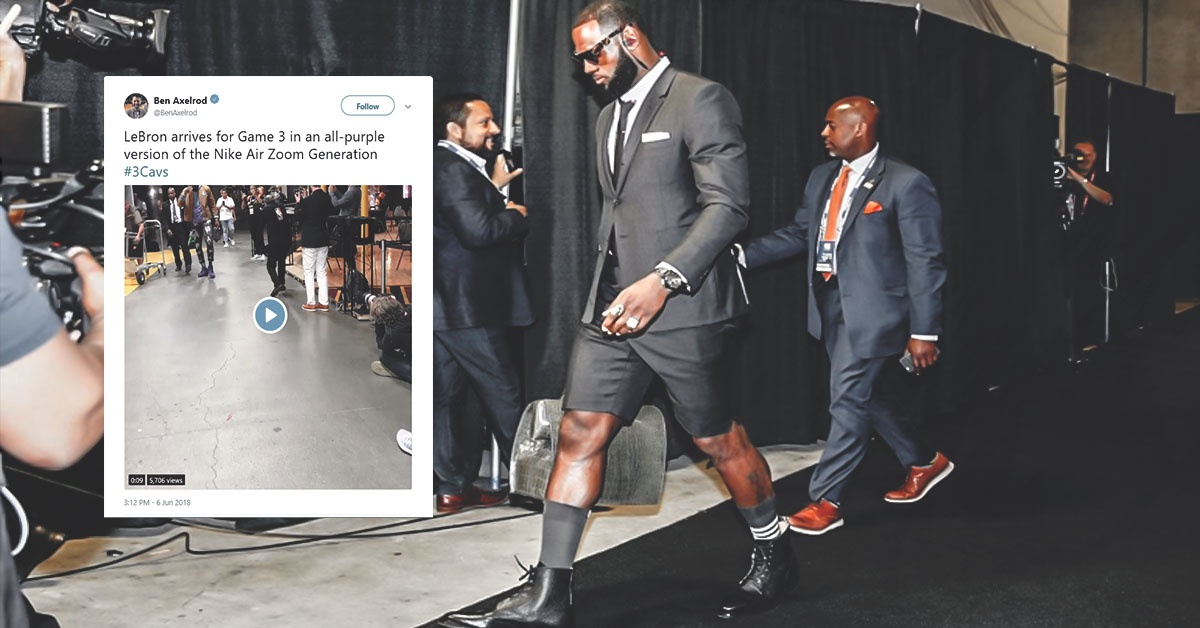 The Cleveland Cavaliers are preparing to take on the Golden State Warriors in Game 3 of the NBA Finals, but they’ll have to do so with their backs against the walls down 0-2 in the series and in danger of falling 0-3 should they drop another one on Wednesday night.

In Games 1 and 2, LeBron James put averaged 40 points, 8.5 rebounds, 10.5 assists, and 1.5 steals on 56 percent shooting from the field and 46 percent from beyond the arc. In both of those games, however, the Cavs lost. James had a lot of success on the court, but was also questioned for something he did, or wore, off the court.

James showed up to both games in Oracle Arena wearing a suit with shorts on, and a lot of people poked fun at him for it. In Game 3 back home at Quicken Loans Arena in Cleveland, however, James has officially switched it up to a new outfit, one that features purple Nikes.

LeBron arrives for Game 3 in an all-purple version of the Nike Air Zoom Generation #3Cavs pic.twitter.com/fzpKMhgh5k

In terms of meaningless stats and superstitions that that probably don’t matter, the Cavs haven’t had much on court success when they rock their suits. They lost a few of the games to the Indiana Pacers as well as to the Boston Celtics. Most of the guys also wore suits to the games in Oakland.

Will the outfit change help the Cavs get back on track? Find out tonight at 9PM EST on ABC. 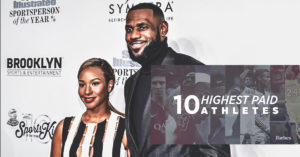