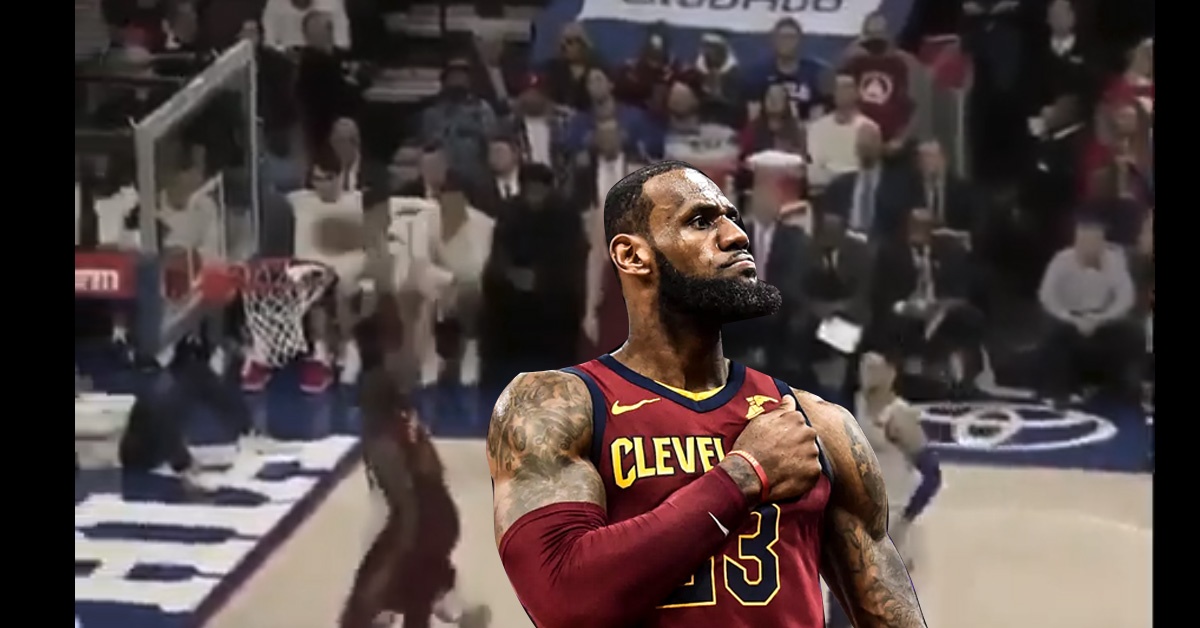 The Cleveland Cavaliers visited the Philadelphia 76ers at Wells Fargo Center for a crucial matchup with the Eastern Conference’s third seed virtually at stake. It was also a marquee matchup between the present and the future as LeBron James went toe-to-toe with Ben Simmons in front of a raucous Philly crowd.

The Cavs mounted a furious comeback after being utterly dominated by the Sixers early on — even trailing by as many as 30 points. With less than five minutes remaining in the fourth quarter and the visitors down by five points, James made an exclamation point with a thunderous poster slam right in the grill of Ersan Ilyasova.

Watch the clip below:

Kevin Love was evidently impressed. Now, Ersan Ilyasova needs to dial Jusuf Nurkic’s number for advice on how to move on with his basketball career after a thunderous LeBron James poster slam.

James was splendid on this one, tallying 44 points, 11 rebounds, 11 assists, two steals, and one block. However, he failed to deliver when it counted the most. With one second remaining, James was fouled on a 3-pointer by Robert Covington.

The Cavs forward made the first of his three freebies but missed the next two, with the last one being an intentional miss. Cleveland is now in danger of falling out of the East’s top four provided that they experience a monumental meltdown to finish the regular season. 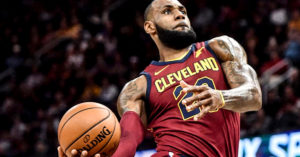