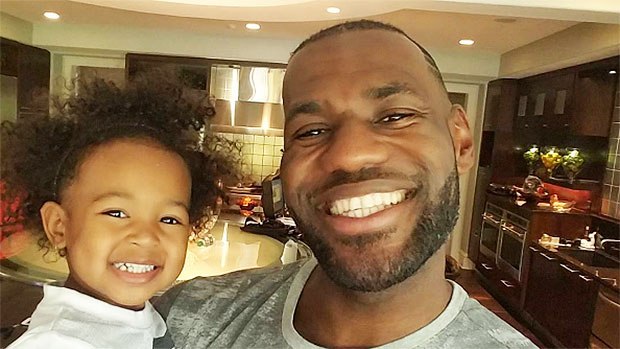 With the Cleveland Cavaliers back home after their recent four-game road trip where they won three of their four games, LeBron James decided to spend some quality time with his family.

The Cavs superstar is known as the greatest player in today’s game, it’s true. And his son, LeBron Jr., is already being scouted at the young age of 13 (for good reason), much to his father’s dismay. However, it’s Zhuri, now three years of age, who might have the best handles in the James family after all.

From the basement of his Akron-area home, LeBron James recorded Zhuri honing her craft on a kid-sized basketball hoop.

“Handle life,” James said with a laugh as Zhuri flashed her ball-handling skills. “She’s a hustler, got so much game!”

Later in the video, James admits that he’s jealous of his son’s hair.

An 82-game season is a grind, without question. Long flights and time away from home are the norm for professional athletes, and moments like these are often few and far between. So it seems LeBron James, now in his 15th year of NBA service, is soaking up every minute he can with his family.