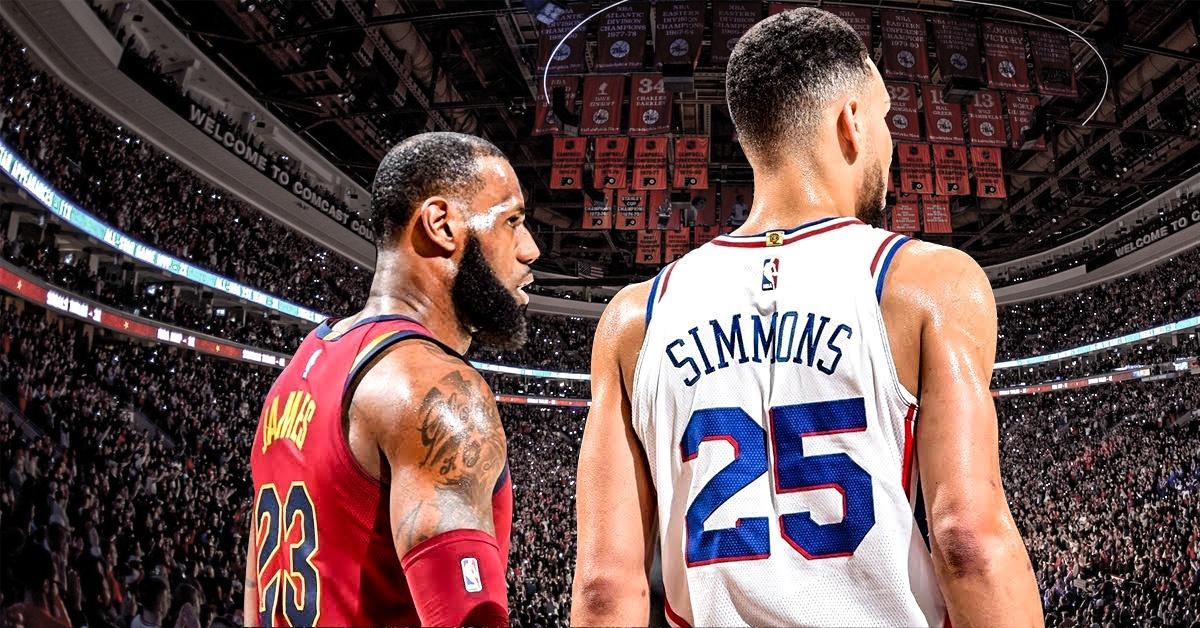 After the nailbiter of a finish between the Cleveland Cavaliers and the Philadelphia 76ers, its two superstars shared a moment that what could be a passing of the torch.

And just a few seconds after the final buzzer sounded, Simmons, who has often been compared to the King, hugged James and shared a few words. Below is the video as posted by NBA TV:

The @sixers hold on to defeat the Cavs at home! pic.twitter.com/CqZih4V6Gc

James and Simmons’ relationship has been well-documented. The two even trained together, along with other NBA players a few summers ago. One can only imagine the Cavs forward revealing his very own magic tricks to a young Simmons.

Simmons finished the game with a monster performance: 27 points, 15 rebounds, and 13 assists. He achieved his 12th triple-double of the season just minutes into the second half. More importantly, he lifted his team to a victory for the 13th game in a row. J.J. Reddick finished with 28 points.

Does James and Simmons’ moment signify a passing of the torch? Perhaps, but not quite. James has a few more years left in the tank. And Simmons, though brimming with talent, still has a lot of time to fully understand the game.