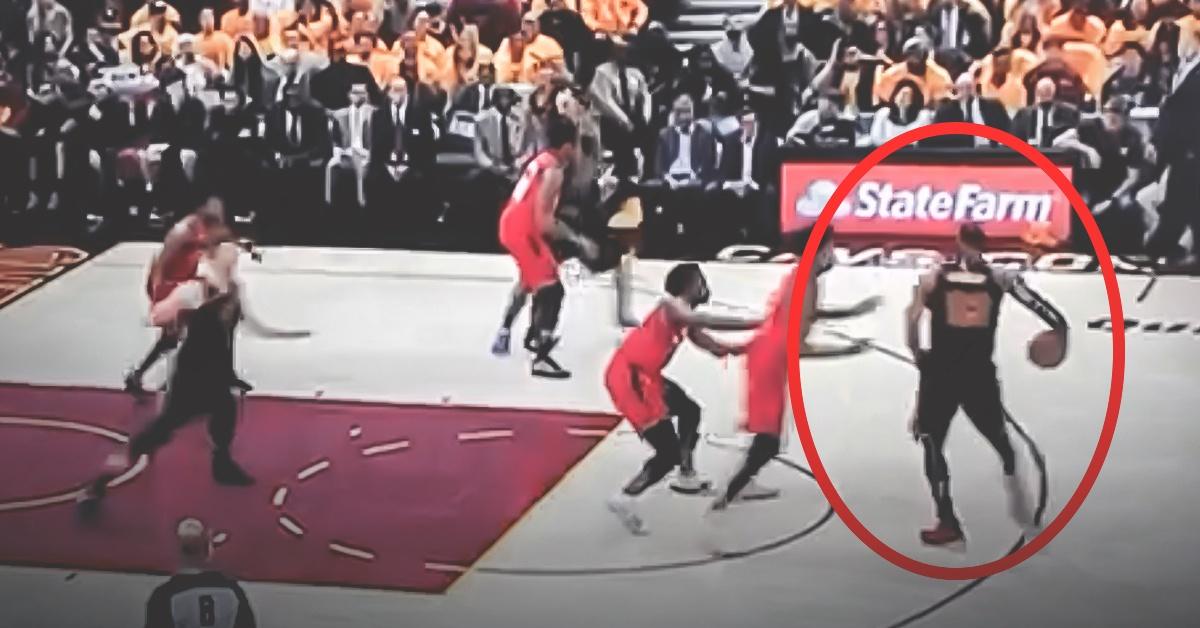 LeBron James, the Cleveland Cavaliers superstar and known crusher of the hopes and dreams of the Toronto Raptors, is back making basketball look easy — in the playoffs.

Late in the second quarter of Game 4 Monday night, James dished out a sick and slick no-look behind-the-back dime to Kevin Love, who completed the sequence with a bucket at the rim.

James is having his way in these playoffs, especially against the Eastern Conference’s top seed in the Raptors, who simply have no answers for the four-time MVP. Through the first three games of the series, James has averaged 35.7 points, 8.3 rebounds, and 11.3 assists per game to go with a 53.6 percent shooting from the field.

WATCH: SNL does parody of “The Other Cavaliers” next to LeBron James

Postgame Pindowns: LeBron James carries the Cavaliers past the Nets for a sixth straight victory

James has also done almost every imaginable kind of heroics in this postseason. He’s played all five positions, scored 40 points multiple times, and buried game-winners. The Cavs are not going to be in this position if it were not for The King.

As of this writing, the Cavs are comfortable ahead of Toronto in Game 4, and if they hold on to win this game, they will be making a return trip to the Eastern Conference Finals, where they will be playing the winner of the series between the Boston Celtics and the Philadelphia 76ers.