Larry Nance asks for a screenshot of career-night 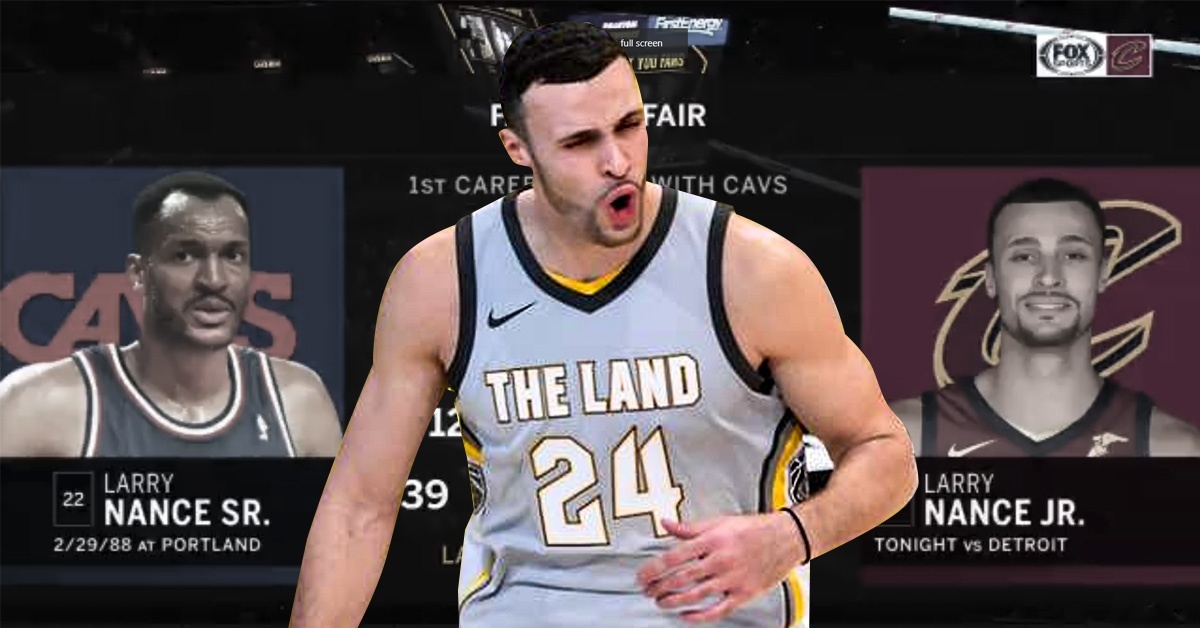 Monday night turned out to be a very good one for the Cleveland Cavaliers, as they pulled off a blowout victory at home against the Detroit Pistons. It was even more special for Larry Nance Jr., as he had a career night, posting career-highs in points and rebounds, in his very first start as a member of the Northeast Ohio team.

Understanding the feat he just completed, Nance said live on air during a postgame interview that he needs a screenshot of his totals on the night, as it showed that he played better than his father in the first game he started with the Cavs.

This can be considered a very good development for the Cavaliers, as their new power forward is playing very good basketball at the moment. His confidence is also at an all-time high, and the momentum he now has could carry on in their upcoming games, helping the Wine and Gold win more before the regular season ends.

Nance Jr. landed with the Cavs as part of the deal that sent Isaiah Thomas and Channing Frye to the Los Angeles Lakers ahead of the trade deadline, in exchange for him, Jordan Clarkson and a future first round pick. He has not disappointed so far, giving the team a lot of energy and hustle off the bench in their previous games, and has proven on Monday that he can fill in well as a starter for the injured Kevin Love, who is currently recovering from a fractured hand.

If it helps him perform even better moving forward, it won’t be a bad idea to give him the screenshot he’s requesting for, as he will surely own the bragging rights next time he sees his father, and make sure he sees the graphic as well. It will definitely make him feel even better, which the Cavs are hoping for, and are hopeful that it will result to stronger games from him.