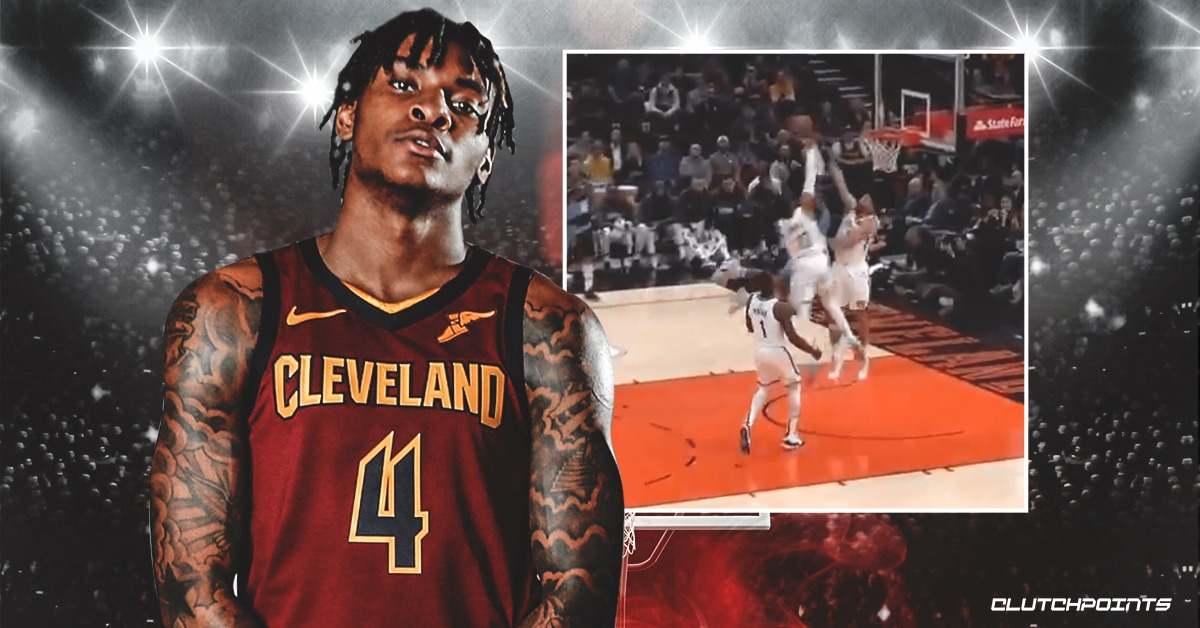 Cleveland Cavaliers rookie Kevin Porter Jr. produced a striking highlight in the second quarter of the Cavs’ matchup against the Brooklyn Nets on Monday night.

Early in the second frame, Porter rose to the occasion and threw down a staggering jam over two Nets defenders.

Porter Jr. was the No. 30 overall pick of the Cavs, which was a selection they acquired from the Detroit Pistons with cash considerations as well as a trove of future second-round draft picks. The Pistons had previously acquired the pick from the Milwaukee Bucks, hence why it was so low in the draft.

KPJ was a highly touted recruit out of high school, and his innate athleticism and ability to create space off the dribble was definitely on display during his lone collegiate season at USC.

Though he shot quite poorly from the free throw line, his returns from beyond the arc were better. So far this season in Cleveland, Porter is averaging 6.8 points, 2.8 rebounds and 1.5 assists per game in 20.5 minutes a night.

On Monday, however, it was all about that massive dunk, against Brooklyn.