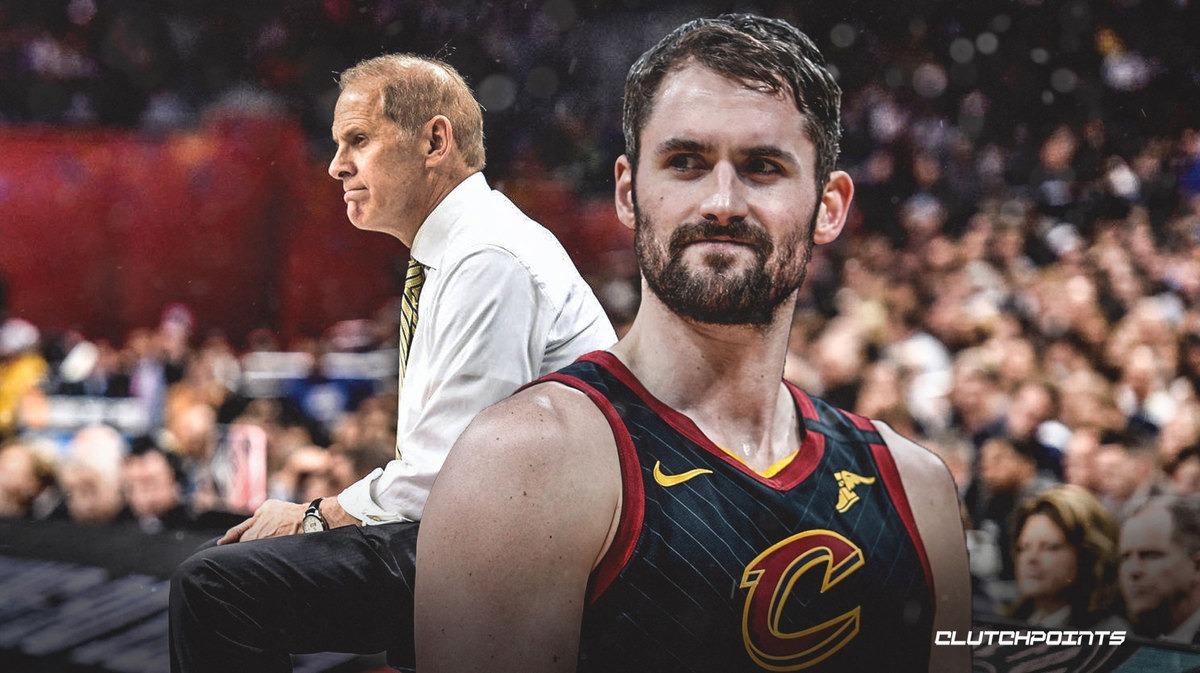 Keeping with team tradition, rookies and newer players on the roster were asked to start the song while Love held the mic:

Beilein, who turned 67 on Wednesday, joined the Cavs prior to the start of this campaign, leaving the University of Michigan after 12 successful seasons. The New York native is widely recognized as one of the most successful coaches in collegiate history, but this is his first shot at coaching in the NBA. So far, the rebuilding Cavs have struggled to find a rhythm under Beilein, as their 13-38 overall record can attest.

Love, who was snubbed from this season’s All-Star events, is serving as a veteran leader for the young Cavs. Some reports indicated that the former UCLA standout could be on the move ahead of this season’s trade deadline (Thursday at 3:00 p.m. ET), but those talks have since died down.

“I will be happy if I’m still here,” Love said following the Cavs’ 124-112 loss to the Washington Wizards last week. “I fully plan on continuing to help these guys, continuing to help — Tristan (Thompson), myself, Larry (Nance Jr.) these guys, being a leader with all the veterans. And this place, Cleveland, the fans, they’ve been really, really good to me. So, yes.”

The Cavs and Thunder will face off inside Chesapeake Energy Arena at 8:00 p.m. ET. Tristan Thompson, another player who is making rounds in trade scenarios, is listed as doubtful due to a sore quad.