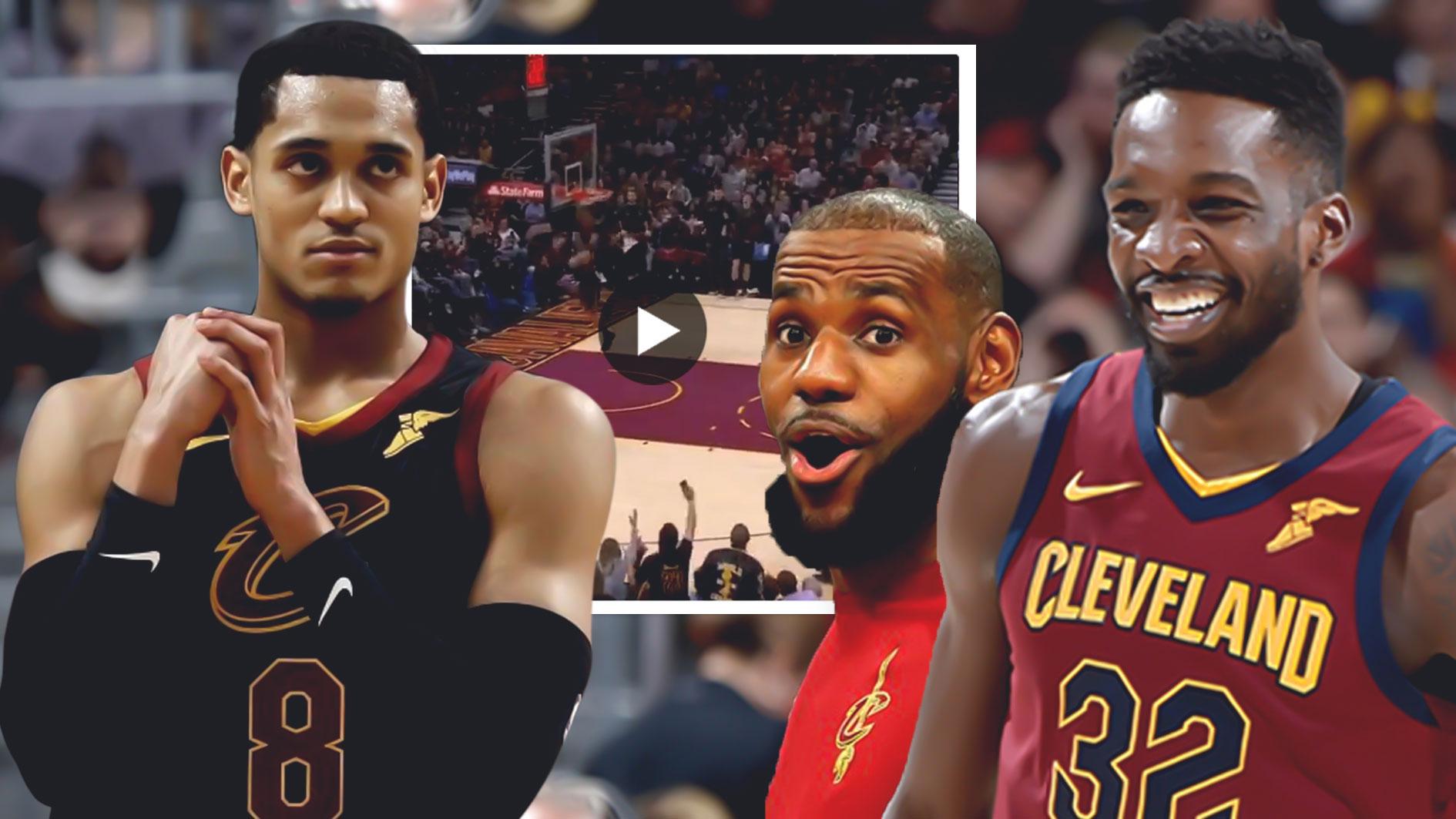 In a one-on-none fast break opportunity, Cleveland Cavaliers guard Jordan Clarkson unleashed a 360 dunk. His Cavs teammates in Jeff Green and LeBron James, who were sitting on the bench, got up to their feet and unleashed a celebration themselves.

Below is the video as posted by Rob Perez:

It is evident that their celebration was not just born out of amazement at the dunk. It was from their deep admiration of Clarkson himself as well. Ever since donning the wine and gold jerseys, Clarkson has made a significant impact.

As reported by Matthew Florjancic of wkcy3, the 25-year-old is just happy with his role for the Cavs:

“I’m real comfortable,” Clarkson said of his role. “I just come in there, play free and try to change the game with energy, playmaking and scoring. That’s the way I try to impact the game. I’m comfortable doing it with the second unit, so it’s just been a good thing for me.”

Since entering the NBA, Clarkson has been known as a streaky scorer. When he steps on the floor, he just scores in bunches.

“It’s always kind of been my thing,” Clarkson said of scoring in bunches. “That’s why I continue to shoot the shots, have confidence because I know once I see one go in, I got a good feeling the next one’s going in, the next one after that.”

Whether hitting jump shots or dunking the ball, Clarkson’s offensive talent is clear. The Cavs need it more than ever, especially now that the playoffs are just around the corner.