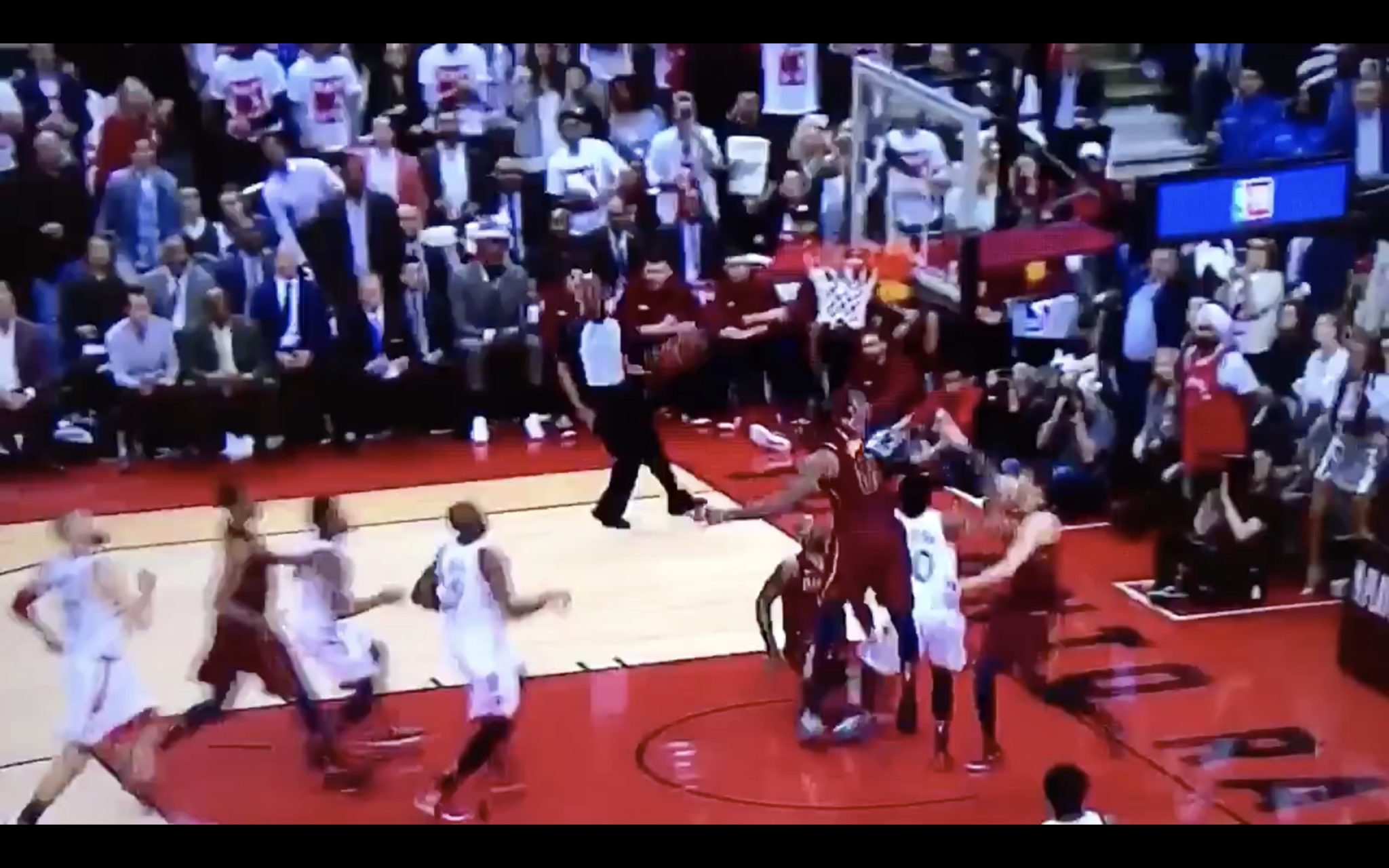 The Cleveland Cavaliers and Toronto Raptors played Game 1 of their second round series on Tuesday night. It was a tightly contested game for most of the night, especially after the Raptors took a 14 point lead only to see the Cavs storm back and stay within striking distance all night long.

On a play in the second half, Cavs’ forward Kevin Love gathered a rebound and was set to go up for a hook shot. Raptors guard DeMar DeRozan had other plans, coming from behind to block the shot soft enough so that he could collect it and ignite the fast break.

Cavs players gathered around DeRozan around the rim, and J.R. Smith blocked his shot around the waist area. DeMar was still able to get the shot up in the air, however, but LeBron James was there to make sure it had no chance, swatting it down like a volleyball.

The Cavs came back from a 14 point deficit and ended up winning Game 1, 113-112. LeBron James finished with 26 points, 11 rebounds, 13 assists, two blocked shots, one steal, and just one turnover.