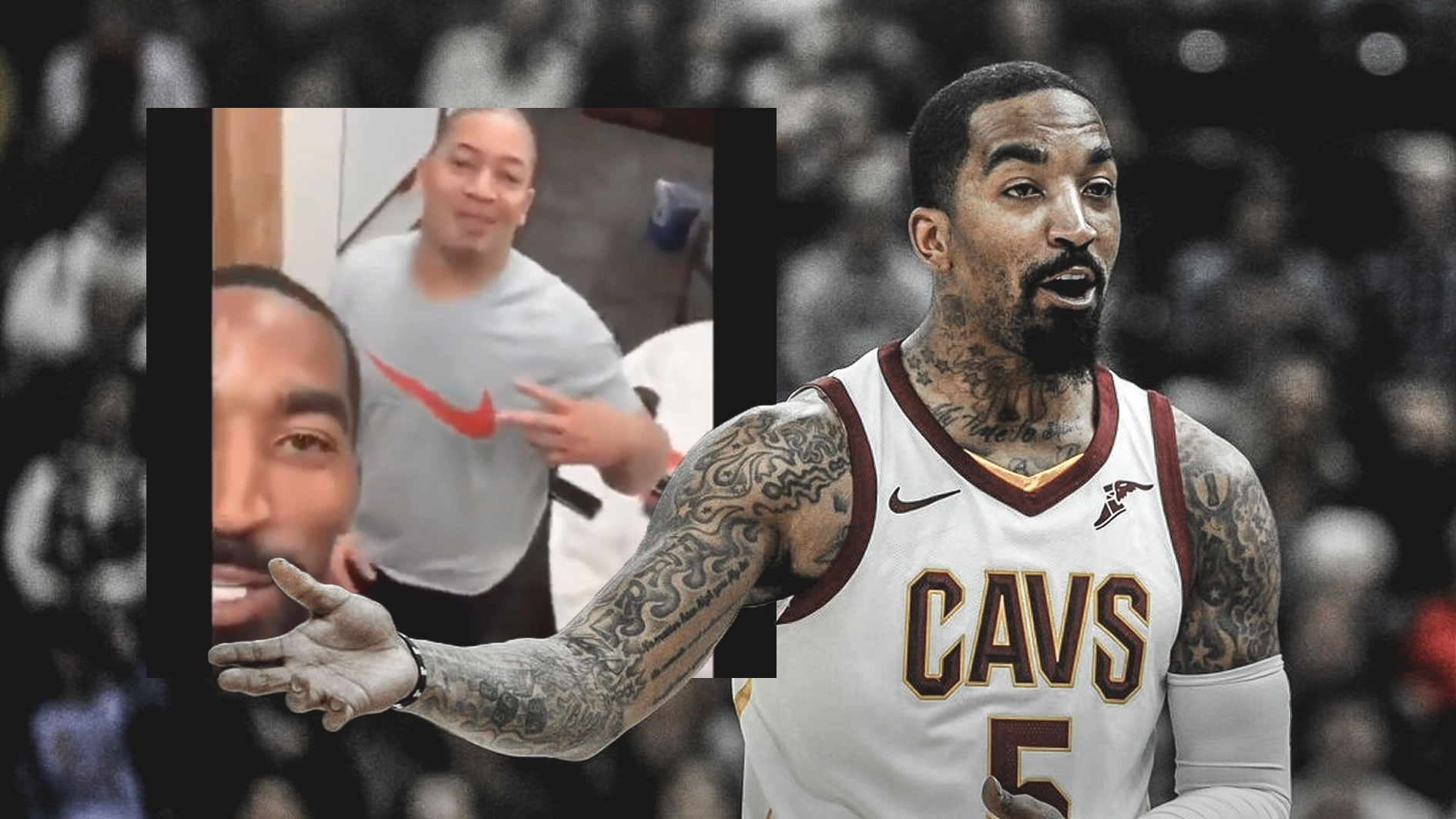 The Cleveland Cavaliers hosted their annual Media Day gathering in Independence, Ohio on Monday afternoon. The mood inside Cleveland Clinic Courts was light and jovial. In fact, several players posed as Bob Ross for portions of the photo session, including J.R. Smith, who later caught Tyronn Lue and Damon Jones off guard in an Instagram live feed.

Smith busted in on Lue and Jones, who were having a seat in an office during a break in the action.

“Look… there they go,” J.R. Smith said as he brought Jones and Tyronn Lue into the picture. “Kokomo Jones and Ronnie Lue. We’re live, dog. What do you mean?”

“We’re live on what?” Lue asked with a surprised look on his face. “Let me get my stomach out!”

It seems Smith and Jones are getting along much better now. As most hoops fans know, Swish was hit with a one-game suspension last season for throwing a bowl of soup at Jones during practice.

There is still no word on what sort of soup it was, though. Was is it hot or cold? French onion, perhaps? Tomato? Chunky beef? We may never know.

The fact that Smith is in good spirits is a promising sign, as the Cavs will need his marksmanship in the coming season. 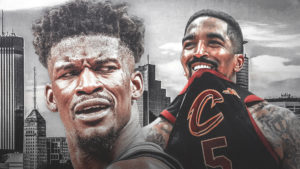