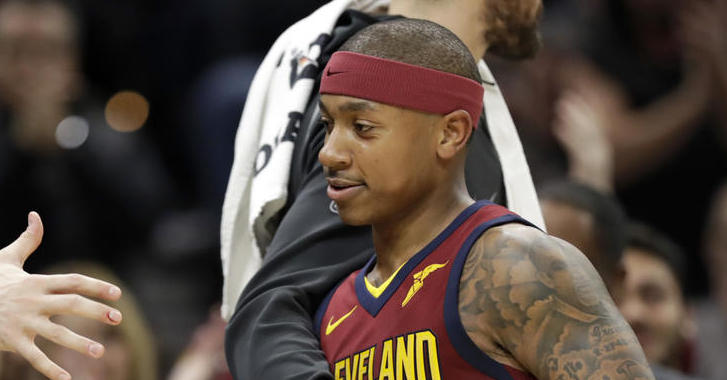 Together with Isaiah Thomas’ rise to stardom, his son, Jaiden, also rose to prominence as he has made some adorable appearances in the past, whether playing 1-on-1 with his father or through cameos during interviews. Jaiden Thomas once again stole the show during Tuesday’s postgame interview, just after the 5-foot-9 point guard made his successful debut for the Cleveland Cavaliers.

The younger Thomas was asked by NBA TV analyst and former All-Star Chris Webber about his favorite moment while watching his dad wear the Cavs jersey for the first time on the court. However, instead of citing a good play or the reception given to him by the crowd inside Quicken Loans Arena, Jaiden hilariously admitted it was seeing LeBron James play up close.

IT's son stealing the show 😂

Isaiah Thomas finished with a solid stat line of 17 points and three assists in only 19 minutes of action and gave the Northeast Ohio faithful a lot to be excited about the Cavs’ prospects this season. More importantly, he was able to contribute to the Cavs’ cause and snapped a three-game losing streak in blowout fashion.

The former All-Star is sure to make the Cavs an even more dangerous team to beat, making it easier for them to complete their quest of winning another championship. Isaiah Thomas’ return to his old form could also change his son’s claim that seeing The King play is his favorite moment whenever he watches their games live.