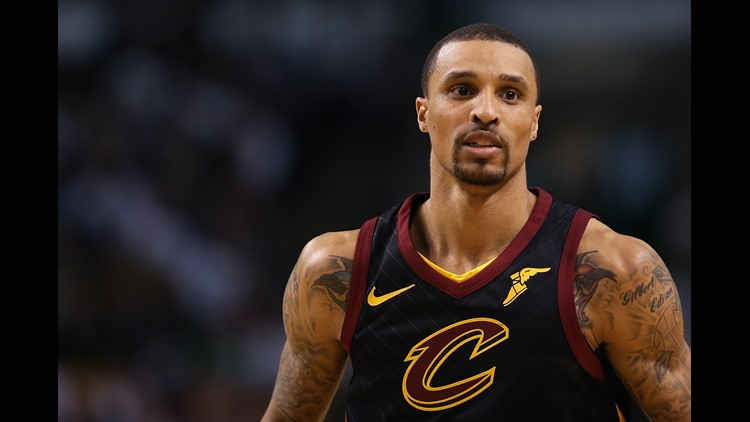 The Cleveland Cavaliers are in the midst of another deep playoff run that has pushed them toward their fourth-straight trip to Eastern Conference Finals after a clean sweep of the Toronto Raptors for the second-straight year. This extra time off before Game 1 on Sunday afternoon against the Boston Celtics has allowed the Cavs’ veteran point guard in George Hill to attend his graduation from IUPUI on Saturday morning.

George Hill at IUPUI Commencement today, speaking and graduating with the Class of 2018 pic.twitter.com/yGU5FhMAqe

“For all of us, this unique meeting with our individual stories tell things in life. It defines who we are and where we are going. To our right, we have four-year graduates. To our left, we have those that graduate in record time. To the front of us, we have mothers and fathers with their children in the stands. We may have sprinkled in a couple of baby geniuses here when I was here on campus. And like myself, we have the middle-age graduates who decided to fulfill their dreams and earn their college degree many years later.”

Hill had played four seasons at IUPUI where he had a standout senior campaign averaging 21.5 points on 54.5 percent shooting from the field and 45 percent from beyond the arc along with 6.8 rebounds, 4.3 assists, and 1.8 steals per game that helped him earn the Summit League Player of the Year. However, the honor of being the first member of his family to graduate from college is very special for the 32-year-old that came 14 years later after he first stepped on campus.

He had been acquired by the Cavaliers prior to the trade deadline back in February where he has been a key role player for the team in their push through the playoffs. Although Hill struggled to find his niche with Cleveland early, he has become a key factor for the team despite dealing with a back injury in the first-round series against the Indiana Pacers that forced him to miss three games.

Since then, he has brought more consistency in the five games following his return to the court notching double-figure scoring four times. The freshly-minted college grad will once again be relied upon as a key contributor on both ends of the floor in the Eastern Conference Finals against the Celtics. 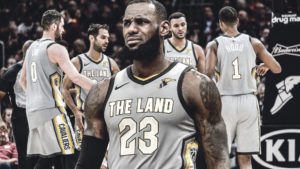