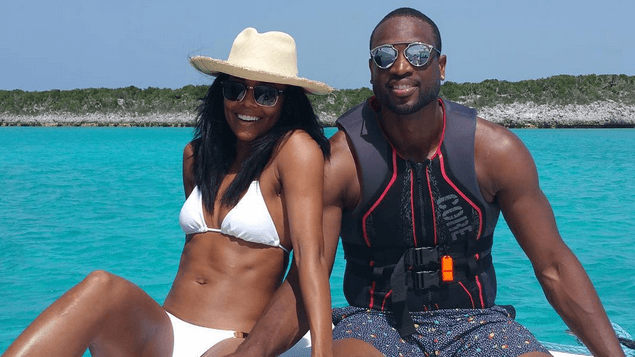 Actress Gabrielle Union and wife of Cleveland Cavs star Dwyane Wade recently paid a visit to First We Feast’s YouTube show Hot Ones. The show features plenty of celebrity guests who are challenged to eat a lineup of hot wings from mild to too hot while being interviewed. Union gladly took on the challenge while sharing many interesting sports-related stories unknown to most.

Being a fan of fine foods, Union was asked about Wade’s diet, specifically what sorts of food LeBron James introduced to Wade. James has had a fairly healthy career and it’s not by chance, but due to his diet and training and taking care of his body to handle the challenges of an NBA season.

The two former Heat players are tight-knit, and Wade opened up that when they visit restaurants, he will allow James to order his food for him because he’s better at it, and most likely will request the healthier meal.

One meal that Union tells Hot One’s via USA Today was introduced to her husband by James is sea bass and salad.

“Literally, my husband did not eat anything green or any seafood, like at all, for the bulk of our marriage. Then, Bron comes, they become the Heatles, and suddenly he’s like, ‘I love sea bass. I’ve always loved sea bass.’ No, no, no, you didn’t. You didn’t love sea bass. Where did you ever hear of sea bass? And he was like, ‘LeBron, he made me eat sea bass, and I love it now.’ I’m like, ‘Well, what else has Bron introduced?’ And he’s like, ‘Salad.’ So thanks, Bron. The future farmers of America thank you”

One of the more mysterious and interesting subjects to be discussed was the crew’s banana boat fiasco that Wade claims he was pressured to do against his will.

The crew of James, Wade, Chris Paul and Union surfaced on social media during a summer vacation which produced a now infamous image but without explanation, until now.

First, she took responsibility for the entire experience. She managed to convince the players to take the ride with her, but they were concerned that people would be watching, which later turned out to be true.

“So we mount, I’m on the front then I think it’s my spouse, then CP3 and Bron. What they did not capture was actually the best part. Once we all mounted the banana, the boat took off, and no one was really prepared. We were there for the initial jolt, and then he hung a hard left and we flew off and landed like side face first, all of our weight like, ‘(Expletive, expletive, expletive)’ … It hurt and it was painful, but magically they (the paparazzi) only got us astride.”

Needless to say, they weren’t happy when the picture surfaced and now have a constant reminder of  ‘I told ya so’ for Mrs. Wade.

The better half of Wade is getting pretty good at telling secrets about her husband and is quietly becoming a better more revealing interview than the future Hall of Famer Himself. 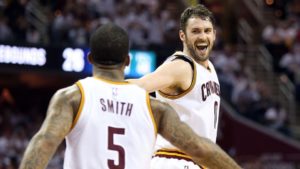