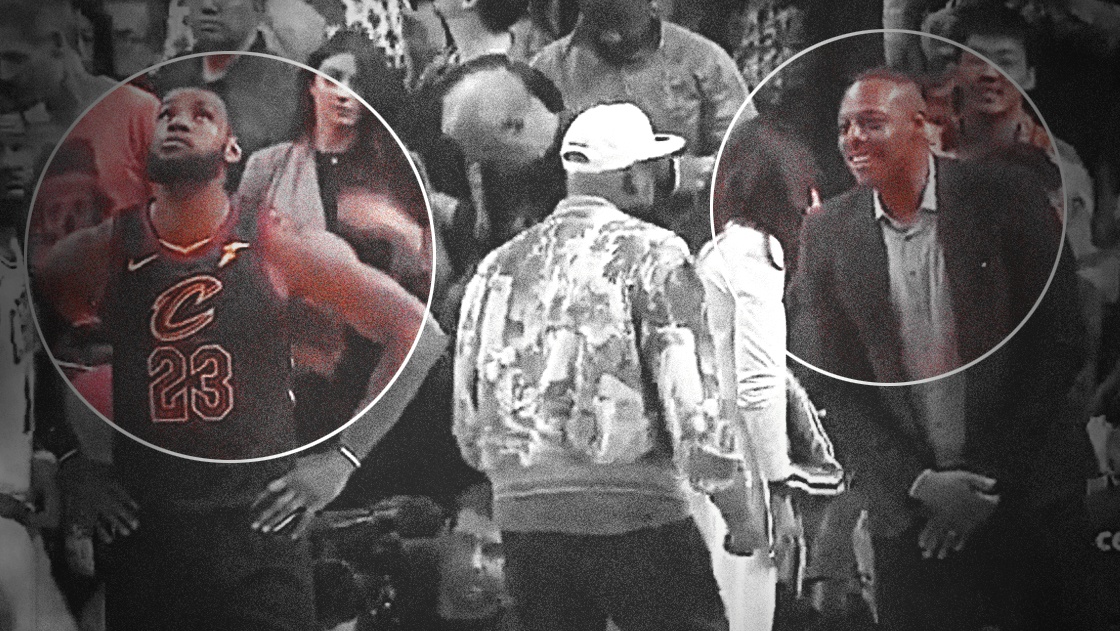 It looks like Cleveland Cavaliers All-Star LeBron James may have received a bit of extra motivation from Paul Pierce during Sunday night’s Game 7 win over the Boston Celtics in the Eastern Conference Finals.

As the two teams made their way onto the court for the start of the fourth quarter, Pierce was seen barking a few phrases to James near the sideline. It’s not exactly clear what Pierce said, but James didn’t seem bothered one bit.

Hadn’t seen this angle til now. C’s fans can blame Paul Pierce for poking the bear in Game 7 pic.twitter.com/0LwspT4Hy2

James and the Cavs had just held the Celtics to 13 points in the third quarter. Maybe Pierce thought a bit of trash talking from a familiar face might help his former team.

James played all 48 minutes in Game 7, scoring 35 points on 12-of-24 shooting from the field (3-of-8 from beyond the arc), 15 rebounds, nine assists and two blocks. And just for the record, 12 of his points came in the fourth quarter — after Pierce’s remarks.

“It was asked of me tonight to play the whole game,” James told ESPN after Game 7. “And I just tried to figure out how I can get through it.”

For the first time in his career, James played all 82 regular season games. Counting the playoffs, the King is now up to 100 games played this season.

“He’s had a lot of gaudy games,” Cavaliers head coach Tyronn Lue told ESPN, referring to James. “But I just think Game 7, in Boston, all the circumstances that surround Boston, the history … to come here in a hostile environment: (it’s) right there.”

Now, with the Eastern Conference Finals in the proverbial rear-view mirror, the Cavs have shifted their focus to the NBA Finals and fourth consecutive meeting with the Golden State Warriors. Thursday’s Game 1 matchup is set to tip inside Oracle Arena at 9:00 p.m. EST with ABC having live broadcast coverage.