Even LeBron James son is impressed at his tough shots 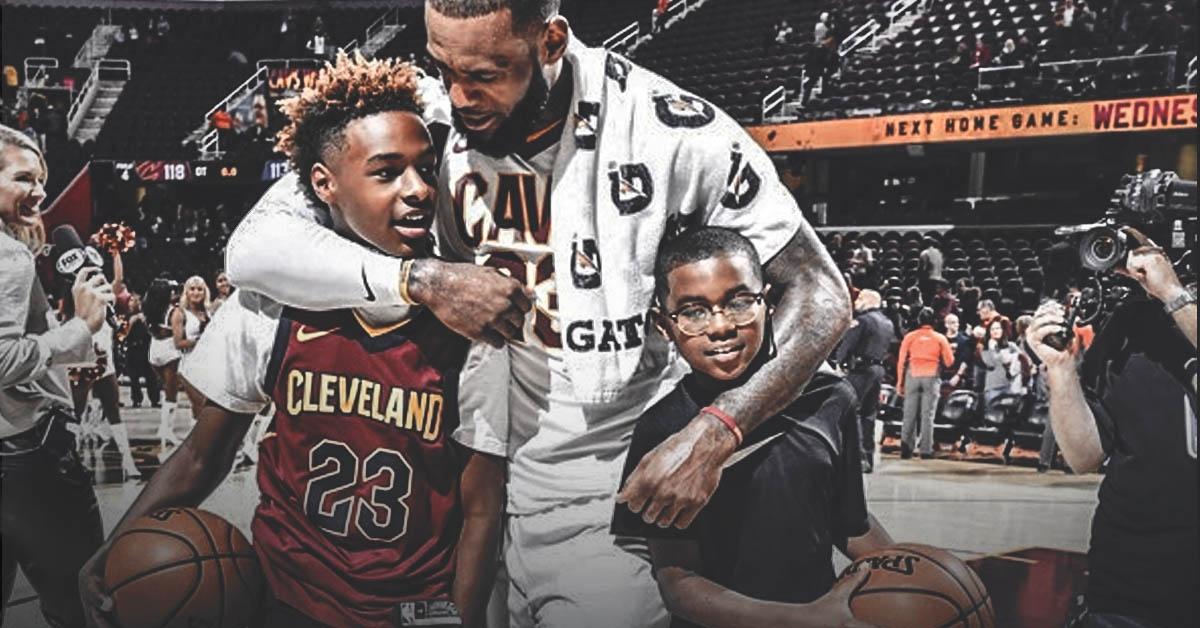 LeBron James is the greatest basketball player on Earth, but he’s also a father and husband. His kids watch his every move on and off court, but on Friday night, all eyes were on his on-court play and he delivered.

James scored 46 points, grabbed 11 rebounds, dished out nine assists, stole the ball three times, and blocked one shot as his Cleveland Cavaliers defeated the Boston Celtics in Game 6 of the Eastern Conference Finals and forced a Game 7 on Sunday night back in Beantown.

The 15-year star forward suffered an injury scare early in the fourth quarter, but was able to score 12 points after that and close out Boston. Six of those points came on a pair of difficult, step-back three-pointers from the left wing when the Celtics got within seven at 101-94.

Those threes forced a Boston timeout with 1:40 left in the game, with both sides knowing that final nail hd been put in the coffin and there would indeed be a Game 7.

After the game, as James was heading towards the Cavaliers’ locker room, his son Bryce, completed his signature handshake with his father and asked how how exactly he made those shots.

Ever wondered how @KingJames makes those crazy shots?

No one knows how James does it, he just does. Cavs fans are hoping James has at least one more of these GOAT-like performances in store for a do-or-die Game 7 on Sunday night.