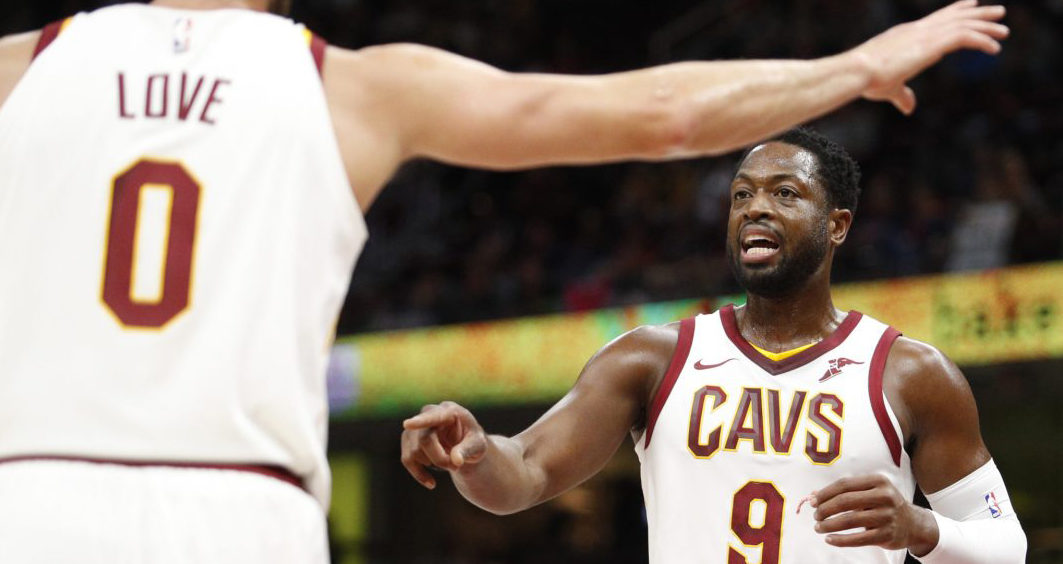 As most hoops fans know, Cleveland Cavaliers forward LeBron James and his teammates — both past and present — have created countless handshakes over the years. On Tuesday night, when the Cavs welcomed the Chicago Bulls to town, James’ greetings were in full effect. However, it seems as though Dwyane Wade, the King’s long-time friend, is still working on his high-five game with some members of the team.

After Tuesday night’s 119-112 win over the Bulls, Wade, James, and Kevin Love were spotted near midcourt engaging in a modest postgame celebration. Wade and James went through their handshake routine just fine. However, when Love’s turn for a handshake with Wade came, the two weren’t sure what to do.

Wade, who finished with 11 points and four assists in Cleveland’s win over Chicago, says he and Love are going to work on their handshakes. In fact, the three-time champion suggested that he and K-Love should hone their high-fiving skills over breakfast.

Let’s work on it over team breakfast tomorrow https://t.co/D58UkfcnaY

Despite the fact that his handshake game with Wade was a bit off, Love had an excellent outing on Tuesday night. In his 29 minutes of action, the former UCLA standout racked up 20 points on 7-of-16 shooting from the field, 12 rebounds, and two assists.

Love and James have been swapping on-court greetings for quite some time. Wade and Love, however, have not played together much up to this point. Now, after their awkward moment and a good breakfast, it’s probably safe to say that Love and Wade will be throwing up dap before and after games, just like the rest of the team.