The Cleveland Cavaliers got a good one when they drafted point guard Colin Sexton. Not only did Sexton impress during the Las Vegas Summer League, but the feisty Cavs guard was also making shots from high buildings this summer.

Sexton was dominating the Las Vegas Summer League, as he led the Cavs into the semifinals before they got knocked out in overtime at the hands of the Los Angeles Lakers. Despite not taking home the trophy, Sexton did make the All-Summer League First Team and displayed the kind of grit and determination that made him such a valuable acquisition for the franchise moving forward.

During the Summer League, the six-foot-two guard averaged 19.6 points, 3.6 rebounds, and 3.4 assists per game. He shot 43 percent from the field and most impressively, displayed the defensive tenacity and hunger rarely seen in youthful NBA athletes. Sexton took on the toughest defensive assignment every game and wanted the ball in his hands in late game situations, as he made big play after big play to push the Cavs to victories.

Needless to say, the Cvs organization and front office are happy with their selection, as they now have a player and platform to build upon and take them forward in the post-LeBron era in Northeast Ohio 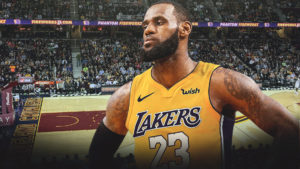 JUST IN: Ticket prices for LeBron James’ return to Cleveland are through the roof
Related TopicsCavaliersColin Sexton