Sexton posted a clip of his amazing feat on Twitter. Peep the video below:

Sexton, last year’s eighth overall pick, put on an impressive first-year campaign with the wine and gold. He played all 82 games (72 starts) and averaged 16.7 points per game, 3.0 assists, and  2.9 rebounds across 31.8 minutes. He also shot 43 percent from the field and an impressive 40.2 percent from downtown.

Understandably, he struggled at first. It paved the way for rumors that the veterans on the Cavaliers team weren’t pleased with his play. But as the season wore on, Sexton made the proper adjustments. He became an automatic 20-point per game player. Analysts, as well as his teammates, deemed that the Young Bull deserves to be in the NBA.

He was eventually named onto the All-Rookie Second Team. And from the looks of it, Sexton is determined to get past the dreaded sophomore slump. His workout above is clear evidence that the 20-year-old is working to improve his game.

After LeBron James left last summer, almost everyone quickly counted out the Cavaliers’ chances at being a contender once again. But with Sexton’s rise, the naysayers might have to think twice before uttering another word. 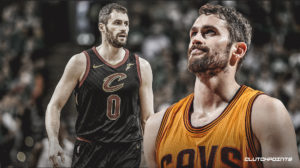