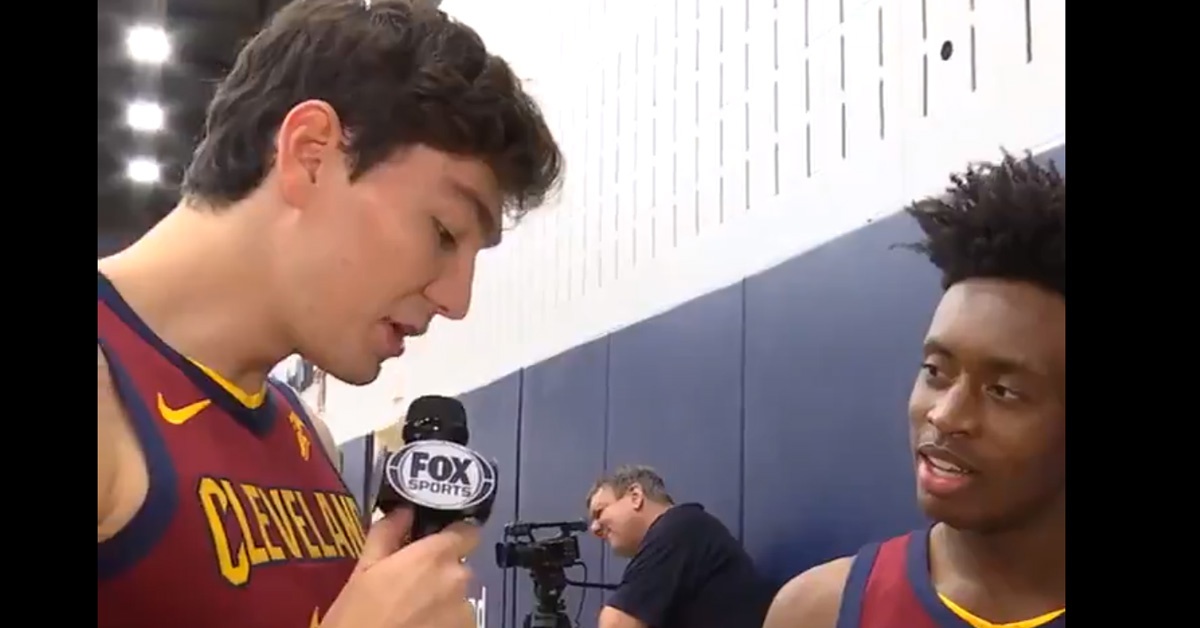 FOX Sports Ohio gave Cavs forward Cedi Osman the opportunity to interview his teammate, Collin Sexton, on Thursday. It’s unclear if Osman came up with the questions on his own, but his delivery was fairly solid. Sexton offered a few tips for Osman at the end of their discussion.

“This is Collin Sexton — a rookie,” Osman said as he began his interview with Sexton. “Who do you think was better in the Summer League: me or you?”

“I gotta go with me, man,” Sexton replied with a smile after a brief pause. “You feel me?”

“Who is the nicest guy on the team?” Osman asked Sexton.

“(You), my man,” Sexton said after playfully looking around the room for another candidate.

“And lastly, how am I doing as an interviewer?” Osman asked Sexton. “What do you think?”

“You’re doing alright,” Sexton replied. “You just gotta loosen up your shoulders a little bit. Your shoulders are a little tense. You can’t be hovering over me like that.”

“I’m a basketball player,” Osman said. “What do you want me to do?”

“You just gotta relax,” Sexton noted as the interview came to a close.

For good reason, Osman and Sexton are two players the Cavs are high on. Alongside Kevin Love, who recently signed a four-year, $120 million contract extension, they’ll look to lead Cleveland to a fifth straight playoff appearance.

Osman and Sexton had solid games in Tuesday’s preseason opener against the Boston Celtics. In 19 minutes of action, Osman recorded 11 points on 4-of-8 shooting from the field (1-of-4 from beyond the arc), seven rebounds and four assists. Sexton, who the Cavs selected with the No. 8 overall pick in this year’s draft, saw 23 minutes of playing time off the bench, scoring 15 points on 5-of-11 shooting (2-of-3 from downtown), four rebounds and one assist.

The Cavs will be back in action on Saturday night, when they’ll welcome the Celtics to Quicken Loans Arena. Tip-off is set for 7:30 p.m. ET, with NBA TV having live broadcast coverage. 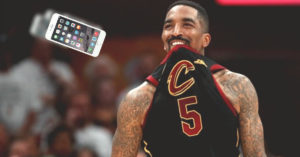