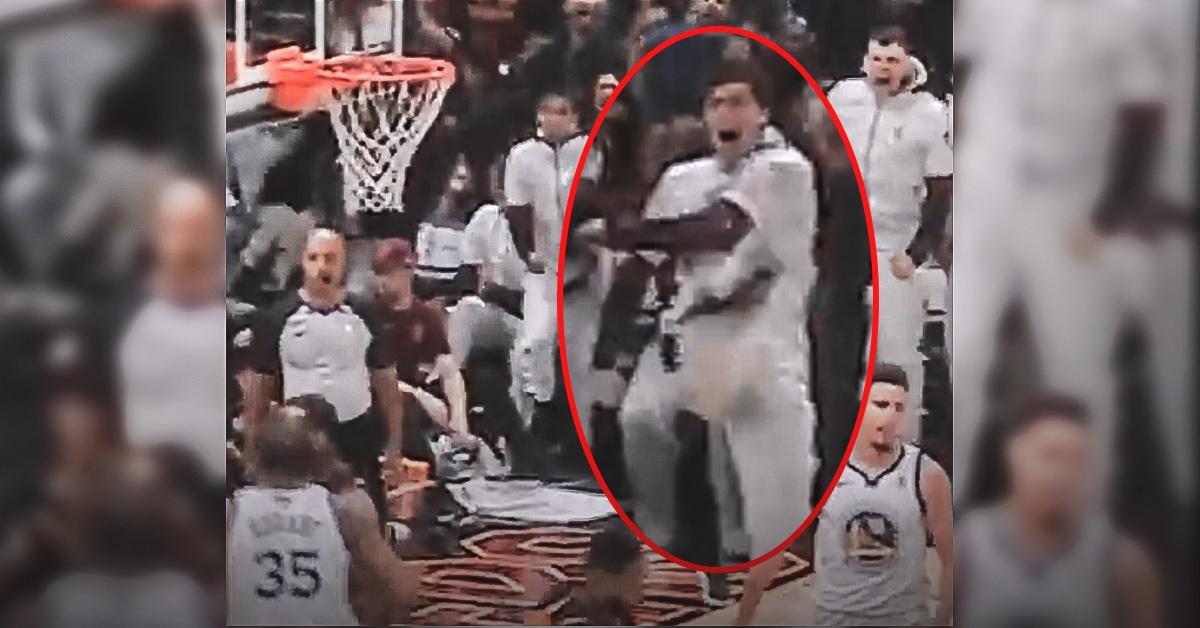 Earlier in Game 3 of the 2018 NBA Finals, LeBron James set the tone right away by unleashing a ridiculous self alley-oop throwdown. Not many 33-year-old folks on the planet could do that.

Perhaps even more ridiculous was Cleveland Cavaliers backup forward Cedi Osman’s reaction from the sidelines, looking like someone who just realized he hit all the numbers in the Powerball.

Osman has barely mattered in the finals, as he entered Wednesday night’s game averaging microscopic numbers of 1.0 point. 0.5 rebounds, and 2.1 minutes per contest through the first two games of the series.

That said, his minimal playing time is not stopping Osman from cheering his teammates. After all, what else is he supposed to do when he knows that the only way he’s going to get minutes is either when the Cavs are up by a mile or when they are down big in garbage time.

Cedi Osman is still just 23 with a live contract that runs until 2020, so he’ll have plenty of opportunities in the future to show Cleveland that he’s more than just a cheerleader.

In the regular season, Osman averaged 3.9 points and 0.7 assists, and 2.0 rebounds in 61 appearances.