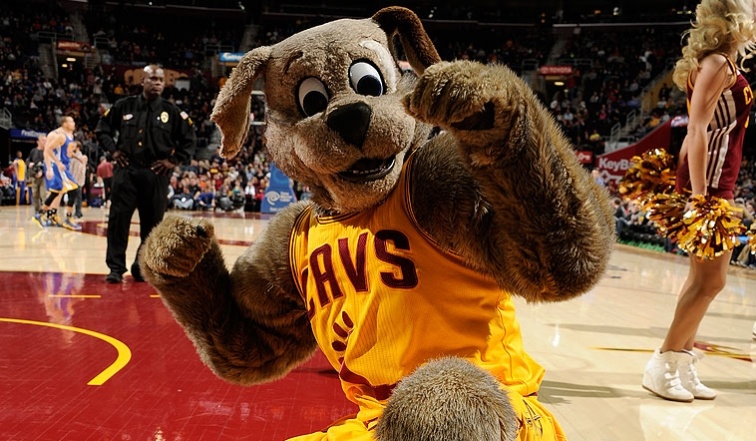 November 5th, 2003 was the day that one of the Cleveland Cavaliers’ biggest superstar made his home court debut against the Denver Nuggets. I’m speaking of Moondog, the Cavs mascot, of course. What, did you think I was talking about LeBron James? Even though LeBron steals most of the limelight, he’s small potatoes compared to the exploits of Moondog.

Moondog is named after the legendary 1950’s disc jockey Alan “Moondog” Freed. Freed coined the term “Rock n’ Roll” while on the air right here in Cleveland, Ohio. That, in turn, led the city to be known as the “Home of Rock n’ Roll”. There’s even a hall of fame dedicated to the genre, right on the shores of Lake Erie in downtown Cleveland. I’m sure that Alan looks down full of pride. Knowing his legacy is being honored by the greatest mascot in the NBA. Moondog interviewed some of the newest Cavaliers earlier this season to discuss their favorite holidays:

Moondog took over the team from his predecessor Whammer, who was a big grinning polar bear from the frozen tundra (Cleveland in winter) who took over mascot duties for almost a decade following his appearance in 1995. Not many people even knew the Cavs had a mascot, but that all changed when Moondog hit the scene. From his crazy, backwards half-court shots to his energetic drum snare chants, Moondog has the impalpable ability to get even the most reserved fans out of their seats to cheer on the Cavaliers.

His real passion is the fans though. If he’s not on the court making the most impressive shots or dunks the NBA has ever seen, he’s slinging goodies into the stands to the thousands of screaming fans in Quicken Loans Arena. It’s that, or he’s roaming the halls of the Q taking pictures with young Cavalier fans. In one instance during a game against the Washington Wizards back in 2009, Moondog even had a surprise guest for one night only in Mini-Moondog:

If you think the only thing Moondog does is entertain the crowds during Cavs games, then think again. He’s involved in numerous charity events around the city. If you contact the Cleveland Cavaliers’ main offices, you can even get him to come to your event! It would be really cool to get the chance to hang out with a 2003-2004 NBA All Star selection. He even got caught making out with Kate Upton on the Kiss Cam! Now that’s one lucky dog! 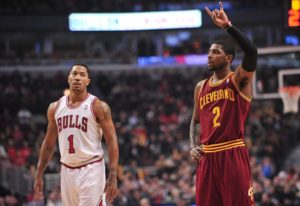