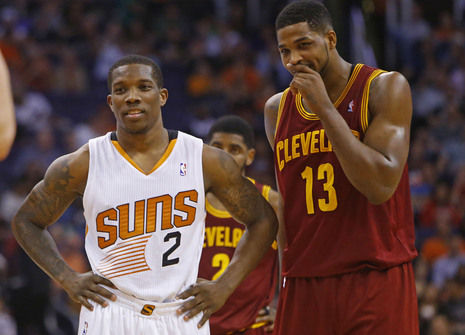 The saga continues. Tristan Thompson has not budged from his 5-year, $94 million offer and the Cavs haven’t budged on their 5-year, $80 million. Training camp is in exactly one week, and Thompson has until October 1 to re-sign or else he has to sign for the one-year qualifying offer.

Brian Windhorst reports that neither side is willing to change their stance and with each day, it becomes increasingly likely that Thompson signs a qualifying offer. Some reporters believe that the two sides will ultimately come to an agreement, but there is no sign of that at the moment. Thompson and agent Rich Paul fully believes he is worth the max contract.

“The Cavs’ position has been that they are offering a fair-market contract. The $16 million per year offer to Thompson, 24, would be in line with deals recently given to Draymond Green ($16.4 million annually) and Jonas Valanciunas ($16 million). It would be less than the $17.5 million per year that Enes Kanter, picked one spot ahead of Thompson in the 2011 draft, got from the Oklahoma City Thunder after he signed an offer sheet with the Portland Trail Blazers.

“Thompson’s position is that he expects there to be a strong market for him next summer, when more than 20 teams are expected to have more than $20 million in salary-cap space. A young big man who hasn’t missed a game in more than three seasons, Thompson believes he will get multiple offers that will average $20 million per year.

“Twenty players in the modern era have signed qualifying offers, and only one, Spencer Hawes with the Philadelphia 76ers in 2012, re-signed with his team the following year. Two other Paul clients have signed qualifying offers, Kevin Seraphin last season with the Washington Wizards and Norris Cole with the New Orleans Pelicans last week. Seraphin signed a one-year deal with the New York Knicks during this offseason.”

Thompson’s value will likely never be as high as it is this summer. Thompson started played in 20 playoff games and started 15 of them while the Cavs missed Anderson Varejao and Kevin Love. In 2015-16, a season which Thompson could play on a qualifying offer, the Cavs will have a healthy Anderson Varejao, Kevin Love, Timofey Mozgov, and the new addition of Sasha Kaun.

Stay tuned, this whole summer of controversy will end in just over a week! We’ll have all of our questions and answers by then. 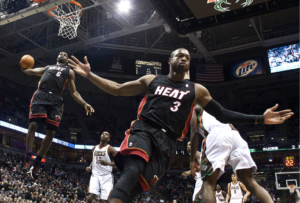