Cavs Trading For the Wrong Player? 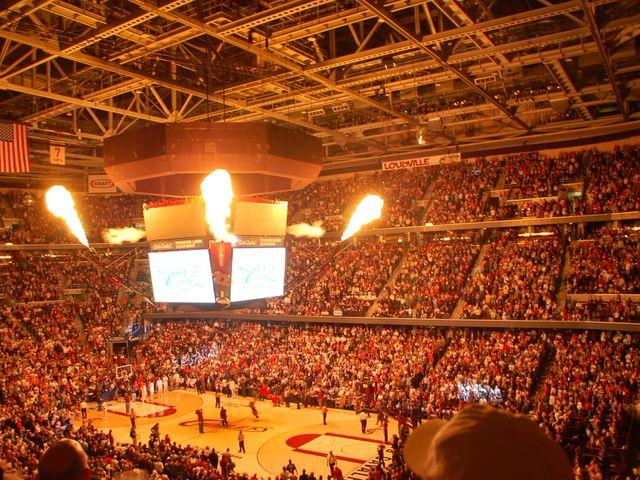 The whole basketball universe pretty much assumes that Kevin Love will be dealt to the Cleveland Cavaliers for a package of Andrew Wiggins and Anthony Bennett. With rumors that Kevin Love wants to be in Cleveland, LeBron wanting Love in Cleveland, and that Minnesota Timberwolves will only trade Love if Wiggins is included; it’s difficult to see any other way of this going down. Giving up Wiggins for a player who will be a free agent in the summer doesn’t seem too ideal to many of the Cavaliers fans, and rightfully so. There are other trade options if Cleveland is giving up a player with the potential that Wiggins has. Right?

One obvious issue with the current Cavaliers roster is the center position; and to a lesser extent, the power forward spot. While Varejao is a solid player and fan favorite, he is 32 with missing many games the last few seasons with injury. The backup center is Brenden Haywood, who doesn’t have much left in the tank. Can they really hold down that spot for a whole season? I wouldn’t put my money on it. At power forward there is Tristian Thompson and Anthony Bennett. Thompson seems to have his ceiling as a 12 and 10 guy without the ability to block shots or space the floor, which is a major issue playing next to James, Irving, and Waiters. It seems safe to say that Thompson is a bench player on most playoff teams, but LeBron seems to elevate players around him so that could possibly change. That leaves the next power forward in line to be Anthony Bennett. I will give him a pass with his bust-like rookie season; due to his shoulder injury, missing training camp and summer league, and being overweight. Bennett’s Summer League showing was far better than most expected as he looks like he is playing in shape. If Wiggins is traded, then another wing would be an ideal addition. Now these haven’t been rumors or am I saying this would actually happen; but let’s look at some real possibilities.

Andrew Wiggins to the Raptors for Terrence Ross and Jonas Valanciunas

Cavs get a defensive shooting guard who can space the floor and has untapped potential as he has been behind DeRozen and other vets. Last year against the Pacers, Ross outplayed George and showed why he was taken 8th overall in 2012. He would be a guard who doesn’t need the ball in his hands to be productive and would seem to fit in well. Then there is Jonas Valanciunas, who is one of the better young centers in the NBA. His defense and still growing offensive game seem to have helped Toronto take the next step this last season. He plays with a mean streak and would be exactly what the Cavs need going forward. Toronto gets Canada native Andrew Wiggins to pair with Kyle Lowry and Demar DeRozon.

This is a well- balanced, versatile, young, and potentially exciting Cavs team that falls within the salary cap.

Larry Sanders has experienced recent off the court issues along with being injured for a good portion of the 13-14 season. When healthy, he is a top 5 defensive center with tremendous shot blocking ability. In the 12-13 season, Sanders went on to average a shade under 10 and 10 with 2.8 blocks game. At only 25 years of age he can still get back to that kind of production. {adinserter 2} While his offense is limited, he scores in transition, dunks, and put backs. His shot blocking ability would help the Cavaliers being that there isn’t a shot blocker on the entire roster. With LeBron James around, there is a good chance Sanders could become less of an off the court headache; not to mention LeBron can elevate Sanders’ offensive game with his passing ability. This allows the Cavs to keep Wiggins and Bennett. Thompson would most likely be moved due to matching the salary intake of Sanders, as well as the lack of offensive firepower from him and Sanders; and Bennett is an ideal fit next to Sanders. With Wiggins and LeBron locking down the wings, Sanders protecting the paint, the Cavaliers would be a defensive juggernaut. Waiters gives the Bucks a backcourt boost that consist of O.J. Mayo and Brandon Knights. With Sanders gone, the Bucks still have a loaded frontcourt of Tristian Thompson, John Henson, Ersan Ilyasova, Giannis Antetokounmpo, and free agent Epke Udoh. Brenden Haywood has a team option on his deal next summer, which helps with cap relief. The Cavs might be able to throw in the non- guaranteed contracts acquired from the Jazz last month.

This roster easily has the potential to be the best defensive team in the NBA. Offensively the Cavaliers take a hit; but with Lebron, Irving, Miller, a developing Wiggins, and slimmed down Bennett, there is still a lot of scoring to be had. Ray Allen signing with Cleveland would enhance the bench and add another veteran shooter off the bench.

Part of the reason the Cavs are pursuing Kevin Love is because of his ability to stretch the floor. That trait came at a much cheaper price rather than giving up Wiggins. With Ryan Anderson the Cavs get a great 3 point shooter at the power forward spot that complements LeBron. This trade allows the Cavs to keep Waiters as well, who can be a vital part of the bench and scoring this team may need. The Pelicans would be able to slide Anthony Davis to his more natural position of power forward and have Omer Asik at center. They would be receiving contracts that help with their cap relief that is used up by Eric Gordon, Tyreke Evans, and Jrue Holiday. While they would want to keep Anderson, the 8 million he makes this year is too much coming off the bench.

The Cavs add a power forward who can stretch the floor and allows them to keep Waiters and Bennett.

It is unknown if these teams would take these deals and if the Cavaliers would even consider it. The point is that the Cavs could give up a lot less to get a quality set of players. The future of the Cavaliers hinges on what is given up for Kevin Love. While Love is going to be a free agent this summer and has stated he has wants to play with Lebron, the Cavs have ALL of the leverage. With that being said, why give up a player with the potential of Andrew Wiggins? With these rumors out that it’s already a done deal for Love, all Cavs can do is hope that Griffin figured out a way to do so without giving up Wiggins.