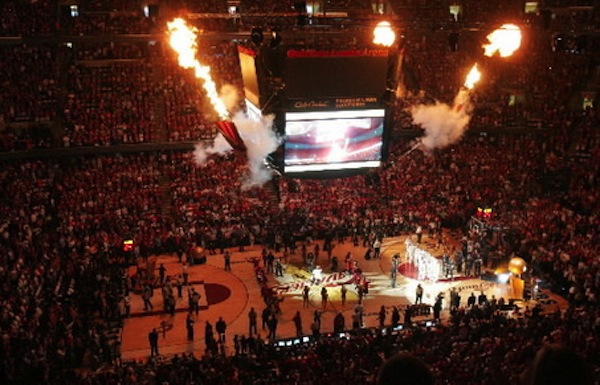 When Lebron James left for South Florida in 2010, it was no secret that the Cleveland Cavaliers franchise was going to take a hit, both on the court and off the court. However, there were many fears that the city of Cleveland itself was also going to be headed for further economic despair. Businesses were projected to close down, jobs were anticipated to be lost, and investment into Cleveland was all but set to disappear.

In 2012, the value of the Cleveland Cavaliers’ franchise was down 33% from its lofty heights during the (first) Lebron era. Even though the Cavaliers went on a record setting 26 game losing streak in the aftermath of Lebron’s departure, the fans still came. Local businesses around the Quicken Loans arena did not take as substantial a hit as expected. Rob Shoens, general manager of the Winking Lizard Tavern near Quicken Loans, asserted that his business was not dramatically affected by ‘The Decision’ but rather the clientele in his venue were vastly different. When the Lebron superstardom was in full force, Shoens would have had large corporate groups and business entities frequenting his venue and then when Lebron left, he felt that it was the true Cavaliers’ fans that ventured out to the games.

Many of the true Cavaliers fans were priced out of attending regular season home games because of the global demand of Cavaliers tickets and the opportunity to witness James in his prime. Unsurprisingly, median ticket prices for the 2014-15 season are $146, 112% up from last year’s median price of $69. It is clear to see the effect of Lebron James in greatly increasing revenue for the Cavaliers.

{adinserter 2} However, it is very sad to see that true Cavaliers fans may be priced out of watching their team win that elusive championship. Cleveland is going to be the hot destination once more and businesses across the country are going to increase their use of Cavaliers’ ticket packages to try and impress clients. Whilst this will no doubt have a positive multiplier effect on the city of Cleveland, it is important that true fans will get to revel in their team’s success.

The fans that had to endure the Ted Stepien era, the 7 year stretch when the Cavaliers have 9 head coaches, the countless times that Michael Jordan tortured the Cavaliers and finally the departure of the hometown hero deserve to be able to be there when the Cavaliers lift the first Championship banner at Quicken Loans. Unfortunately, the true fans will not be able to be present during the Cavaliers biggest moments going forward. The Cleveland Cavaliers franchise need to ensure that there is a way that true fans aren’t priced out of the market.

A suggestion would be for the Cavaliers to forego some monetary benefit by reserving a portion of tickets to every regular season, playoff, and finals home game for ‘true fans.’ These true fans could be determined by running various competitions, quizzes, or through other playful means to ensure that the integrity and passion of the city of Cleveland is well represented during the Cavaliers’ success. 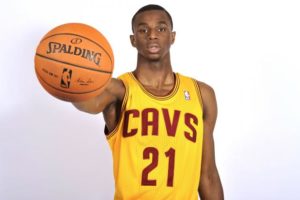