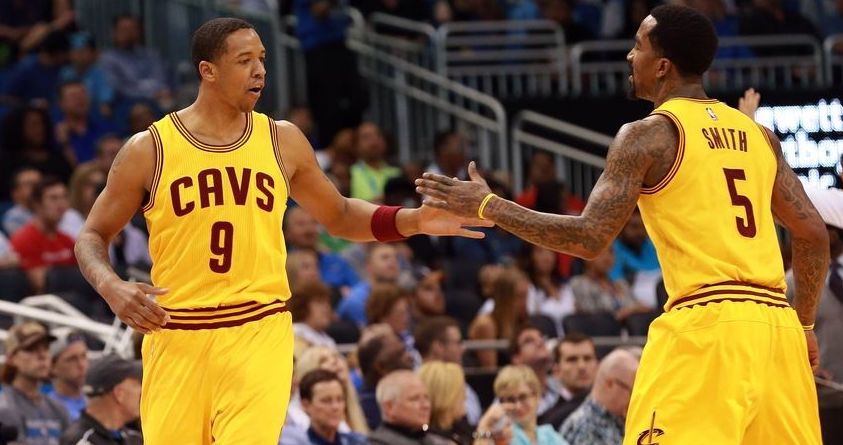 This season, the Cavs have taken their three-point shooting to a whole new level, as pointed out by CBS Sports’ Jack Maloney. Cleveland is currently sitting at second place in both attempts from deep (33.9) and three-point percentage (39.1%). The Cavs also boast eight players playing at least 15 minutes per game while shooting at least 36% from the perimeter. They have numerous weapons, and with the return of J.R. Smith and Kevin Love last night, the Cavs have bolstered their outside arsenal even more so.

After setting an NBA regular season record for three-point makes at 25 last month against the Atlanta Hawks on the road, the Cavs made franchise history last night as they defeated the Utah Jazz in a tight affair.

The Wine and Gold broke their franchise record for three-pointers made in a single season late in the first quarter as Smith nailed a corner three off an assist from Channing Frye to eclipse the record of 880 makes that was set last season.

With @TheRealJRSmith's corner triple, @cavs set new franchise record for most 3's in a season#CavsJazz is on FSO: https://t.co/6regSHzx5w pic.twitter.com/CoiQgthWvP

The feat is even more impressive considering the Cavs still have 15 games remaining on the regular season schedule, and are certain to comprehensively add to their new franchise record.

With their nine triple makes last night, they now have 887 on the year which is already the fifth-most in a single season in NBA history.

Cavaliers broke their team record for 3-pointers in a season.

5th-most in season in NBA history

The beauty of the defending champs is they still remain an inside-outside team, who are able to mix it up with players that are able to work in the low post and attack the rim at will. Due to this, their outside shooting massively opens up, and those looks are being converted at a historical pace.

There are 15 games left, and the Cavs aren’t done with their three-point assault just yet. 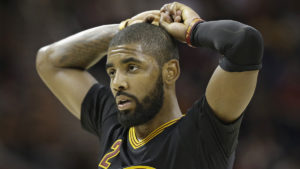 JUST IN: Kyrie on his flat earth comments: "It’s OK to have your own thoughts"
Related TopicsCavaliersChanning FryeJR SmithKevin Love