FULL HIGHLIGHTS: Cavs Get Hot From Beyond The 3-Point Arc, Down Suns 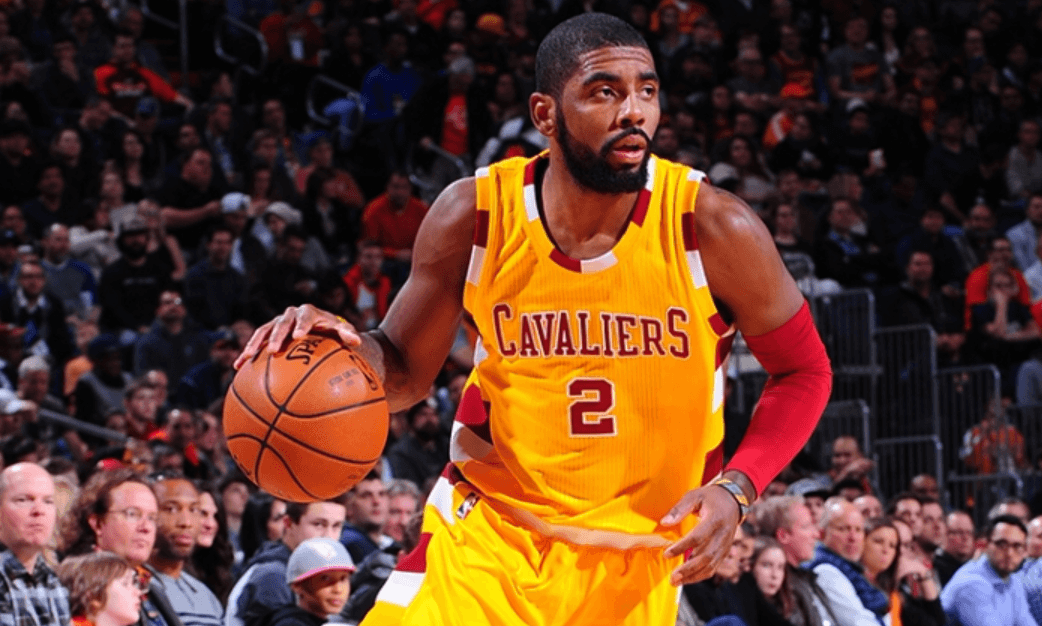 The Cleveland Cavaliers held on for a 101-97 victory over the Phoenix Suns tonight, in what appeared to be a breakout game for Kyrie Irving. Irving is still restricted to fewer than normal minutes per game, but those restrictions were stretched tonight as Irving led the team with 22 points and played meaningful minutes down the stretch to help the Cavs secure the win. The Cavs were playing in the third of a four-game road trip, having lost the first two after struggling to score in Golden State and Portland. Tonight’s game was a lift to the offensive side, as the Cavs appeared to have their shooting touch back against the struggling Suns.

The Cavs offense came out with great energy and purpose, scoring 34 points in the opening frame. The 34 points matched the point total the Cavs had in the entire first half against Portland just two nights ago. They were specifically in tune from long range, hitting six from behind the arc in just the first 12 minutes. The Suns were accustomed to the fast pace, though, and were able to hang tight with Cleveland and only have a 4-point deficit into the second quarter, despite the Cavs hot shooting.

The high scoring continued in the second, even after a 9-0 run by the Suns put the Cavs behind by three. The onslaught from behind the 3-point line was still rolling for the Cavs, as they nailed five more triples in the second quarter. For the half, the Cavs shot an incredible 11-19 from three, and a total of 62% from the field in what was one of their better offensive performances of the year. The Cavs, who had averaged just 83 points per game in their last three outings, appeared to be relaxed and confident and the results displayed the same as the carried a 60-54 advantage into the second half. Kevin Love led the Cavs with 13 first half points, and Kyrie Irving, playing in more meaningful minutes for the first time since his return, had 11 and looked much more like himself handling the ball and scoring from all over the court.

The offense slowed down in the third quarter, but the Cavs defense picked up their game, holding Phoenix to just 19 third quarter points. The Cavs closed the quarter on a 7-0 run, taking an 8-point lead into the final 12 minutes. JR Smith hit two more from behind the arc in the quarter, and through 36 minutes he led the Cavs with 17 points, including five makes from three.

The fourth quarter was more interesting than the Cavs had hoped. After holding a 9-point lead on multiple occasions, the Suns made a slow run and pulled to within one in the final minutes. Kyrie Irving, playing in the clutch for the first time since returning from injury, came up with the play of the game after almost turning the ball over as he drilled a 3-point shot as the shot clock expired to put the Cavs up by four with 21 seconds left. He scored 20 points, including the Cavs last 7 of the game in what was easily his best performance since returning from injury.

The Cavs return to action tomorrow night in Denver, as they take on the Nuggets in another second half of a back-to-back. 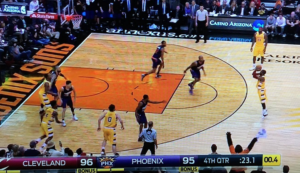