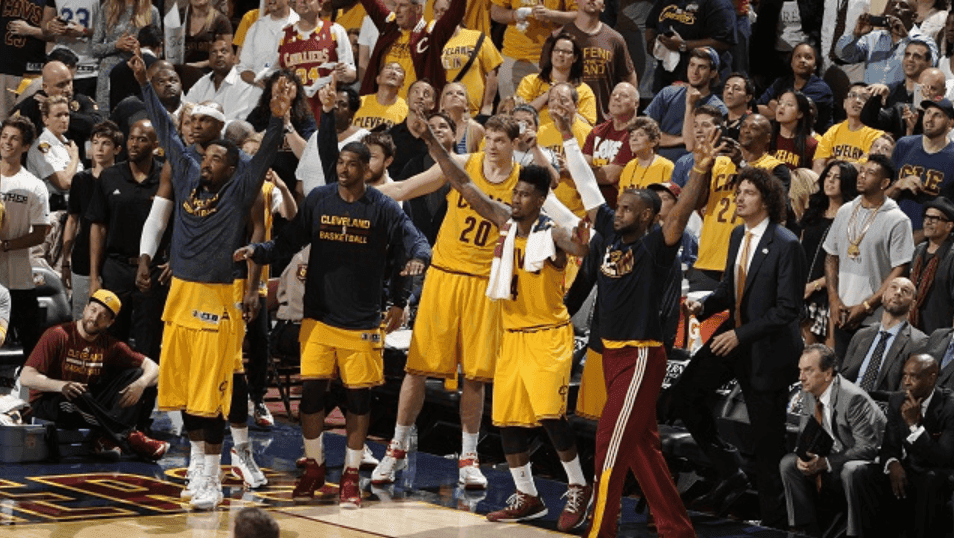 Sure, not every game has been pretty, but the Cavs still sit at 8-2, with an eight-game winning streak already. That is good enough for the second-best winning percentage in the league behind the defending champion Golden State Warriors, who are winning games with a point differential of +16.3. While the Cavs are winning games by an average of +7.2 points per game, they sure aren’t winning games by that much. This number is inflated due to the 30-point smacking they put on the Memphis Grizzlies in the second game of the season. Since then, the Cavs have only won three games by seven or more points: a 10-point win against the Miami Heat and New York Knicks, and a seven-point win against the Philadelphia 76ers. Although the season is just 10 games old, there are some positives and negatives that can be taken away so far.

Let’s first start with the eight wins. Besides the Memphis game, the Cavs have gotten off to a slow start in every game this season. They have shown that they have another gear they can turn in the second half. According to hoopsstats.com, the Cavs are 4-2 when trailing at halftime. This is important to know because the Cavs will undoubtedly be in a cruising and uninterested mode in most games until about the All-Star break. They will be ready to play against the top teams like we have seen against the Heat as well as the Bulls, and although the latter was in a losing effort, they had their chances to win. But when they are playing teams such as the 76ers or the Knicks, who just don’t have the talent to stop the Cavs when they hit that second gear, they tend to just relax a little in the first half. They can fall behind big and still have a chance to win, which is what great teams do.

Furthermore, the play of Mo Williams and Matthew Dellavedova has been an important part of the Cavs’ strong record thus far. Williams is averaging 15.6 points and 5.1 assists per game, and has also been shooting almost 38% on three pointers on about five attempts game. Delly’s strong play has earned him big minutes thus far as he’s averaging 7.4 points to go along with 5.6 assists per game while also shooting about 38% from downtown. The strong play of this backcourt tandem allows the Cavs to be more cautious with the recovering Kyrie Irving.

When Richard Jefferson signed, many expected him to fill a role similar to what Shawn Marion or Mike Miller played; a player that will get some minutes as an NBA Finals-seasoned veteran, but not expected to contribute much at his age of 35. However, Jefferson has shown he still has a lot to offer after spending last season with the Dallas Mavericks. He is averaging 8.8 points per game, while hitting an impressive 44% of his three point attempts. He has also given tremendous effort on the defensive end, and has really filled that Iman Shumpert role well.

Finally, with everyone being concerned with LeBron’s back and receiving injections before the season, he has quieted those fears with dominant fourth quarter performances against the Indiana Pacers, Utah Jazz, New York Knicks, and Milwaukee Bucks. The back also doesn’t seem to be affecting his thunderous, crowd-pumping dunks to start the season. Not to mention he has been averaging more free throw attempts to start this season than any season since the 2011-2012 season, albeit a small sample of games. It should be noted that LeBron has been praised with how he has managed his body ever since entering the NBA. We saw this last season, as he took off two weeks in the middle of the season to deal with injuries that really turned around the Cavaliers’ season and sparked a 12-game winning streak.

The Cavs could very easily be 10-0 right now, but the slow starts have really hurt them in those two losses. While you can turn it as a positive that the Cavs have found ways to win most of those games in which they started slow, this is still a concern. They have had a very easy schedule to start the season and haven’t played anyone that is going to be a real threat to them other than the Chicago Bulls and perhaps the Miami Heat. However, if the Cavs get into a habit with starting off slow, it will be very hard to turn things around night after night against the better teams that have deep playoff and championship aspirations. This team knows how good they are and what the ultimate goal is, so we should not read too much into the slow start.

One other significant concern for the Cavs should be their horrid free-throw shooting that can also be linked to the two losses. The Cavs shot a combined 27-44 at the charity stripe in those two losses, and are shooting just 69% on the season. This is less concerning considering this is a percentage that doesn’t include Irving’s career percentage of 86% and Shumpert’s 75%, and will likely rise when they return. However, the percentage includes LeBrons’ slow start at the line of just 61% in eight attempts per game. Free-throw percentage has always been an area LeBron struggles with in his career, coming into the season shooting just above 74% for his career while never shooting over 78% in a season.

While it is easy to nitpick every game and say the Cavs could be or should be 10-0 or 9-1, they still sit at a respectable 8-2 without two of their starters. We’re only 10 games into the season and there is plenty of time to shake off the rust after a long and mentally tough off-season. This team will figure out the reason behind their slow starts. In the meantime, everyone should enjoy this team and the way they have started off the season.