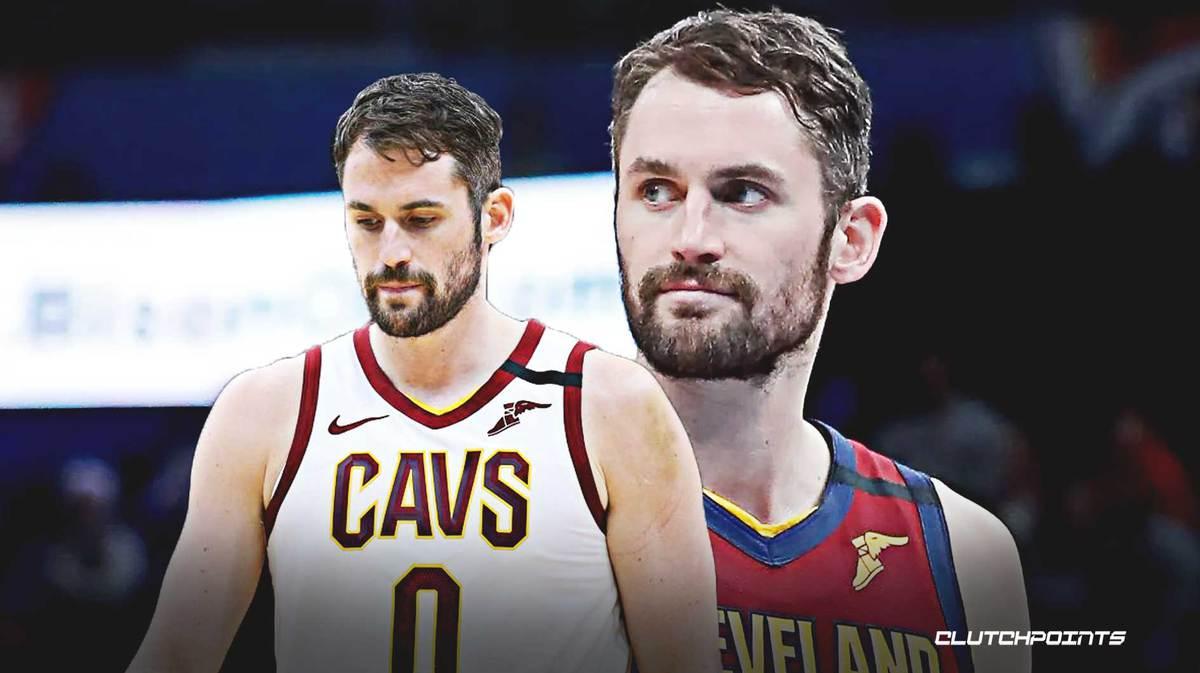 Cavs All-Star Kevin Love wrote his now-famous essay for The Players’ Tribune in 2018. It was titled “Everyone Is Going Through Something,” which highlighted the fact that more people than not are dealing with mental health issues. Love received loads of praise for shedding light on this issue, and he has continued the conversation throughout the COVID-19 pandemic.

Love, who explained that he deals with panic and anxiety attacks in his 2018 essay, has written a follow-up piece for The Players’ Tribune. “To Anybody Going Through It,” the title reads, and Love opens up again:

“Being depressed is exhausting,” Kevin Love writes in his latest essay. “That’s one of the cruelest ironies about mental health. When you’re in a dark place, everyone around you — all your friends and family — they just want to see you doing what you love again, being happy, being ‘the old you.'”

Though he has opened up about his battles with mental health, Love admits that he still “goes through it” on some days:

“Even after all the work I’ve tried to do on myself over the last two-and-a-half years, some days are just brutal,” Kevin Love writes in his essay for The Players’ Tribune. “Let’s just call it what it is. Some days are total shit, right?

“It feels good just to say it.”

Love says he draws inspiration from the late Robin Williams, who dealt with his own mental health demons in a unique way.

On most mornings, Williams would wake up and ride his bike until he was exhausted. The goal was to clear his mind of negative thoughts and voices. Then, in most cases, he would be onstage for a two-hour stand-up show later that night. It was a lot to deal with:

“Every single ounce of himself, until he was just totally wrung out, mentally and physically,” Kevin Love says of Williams.

Love says this sort of mentality resonated with him, and he looked to take a similar approach:

“I used to think of it as going into my ‘pain tank,’” Kevin Love writes. “If I wore myself out to the point of exhaustion, then I’d be mentally on empty, too. It was like I had to wring myself out completely so that at the end of the day I was just blank.”

The game of basketball has always been a release for Love — a safe place, so to speak. When he wasn’t performing, though, he says he didn’t feel like he was succeeding as a person:

“I didn’t really know how to be comfortable in my own skin. I could never just be unapologetically Kevin, walking into a room,” Kevin Love notes. “I was never in the moment, alive. It was always the next thing, the next game, the next, next, next. It was like I was trying to achieve my way out of depression.” 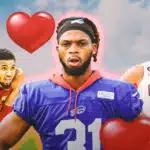 Back in November 2018, Love suffered a panic attack during a home game against the Atlanta Hawks. He later wrote that he was unable to catch his breath — even as he lied flat on the floor in the locker room. He was rushed to a nearby hospital, where doctors found nothing physically wrong. After this incident, he started seeing a therapist.

Love recounted the scene in an interview with ESPN:

“It was a combination of things that were going on in my life that led up to that point, as well as it was a 5-7 start,” Love said in his one-on-one interview. “And on November 5th, I just remember not quite feeling right. We went through a few plays, then there was a timeout. I got to the huddle and I felt something I had never felt before.

“I couldn’t catch my breathe,” Love added. “And I felt like my mind was completely out. Coach Tyronn Lue had said something to me. I told him I’d be right back then ran to the locker room. I was essentially searching for something I couldn’t find. I didn’t know this feeling.

“I ran to our trainers’ room, fell on the ground and collapsed. My heart was jumping out of my chest and I couldn’t get air to my lungs. I was sticking my hand down my throat trying to get air.

“It was a moment that no one wants to have, but it was eye-opening.”

Kevin Love’s 2018 message still holds true. It doesn’t matter if you’re an NBA player or an average person. We’re all human beings, and everyone is going through something.