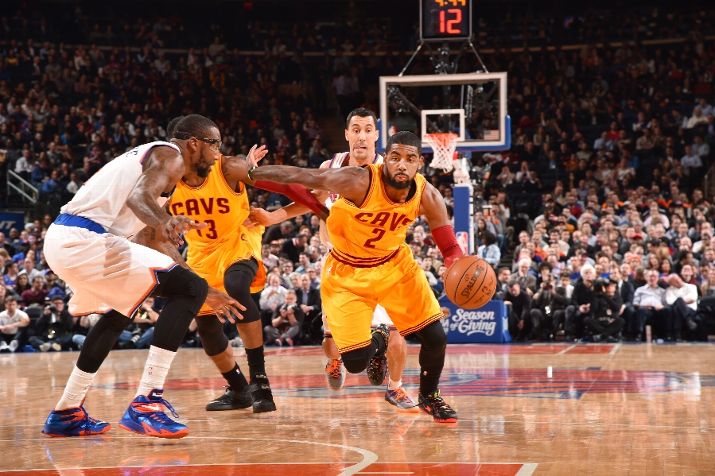 It has been a little over a month since the New York Knicks crashed LeBron James’ homecoming party in the Cavaliers home opener. It was the first time many people were able to witness how this incarnation of the NBA’s new “Big 3” would play together. The result of their first meaningful game together was disappointing as the Cavs played sloppy basketball for a majority of the game. However, the seeds of a potential championship run were planted that night. The talent was there; the chemistry was not.

Since then, the player roles are starting to come into form. James will take control of the floor general duties, Kyrie Irving will score and Kevin Love will be a walking double-double. Tonight’s 90-87 win was proof of this potential blue print.

Irving scored a season-high 37 points (12-18) including a clutch floater than extended the Cavs lead to three with 10 seconds to go in the fourth.

James finished with 19 points, 12 assists and five rebounds as he seemed out of sync the entire night until fast break dunk late in the game.

It is not alarming that James has been not his usual self these past couple of games because it is allowing the team to gain confidence within themselves. Irving is questioned at times for being a good distributor and getting his teammates involved. What isn’t questioned about him is that he can score, score and score.

Love had a quite night offensively with just 11 points and 10 rebounds, but his defensive effort was high all game. He isn’t going to be Dennis Rodman, but if he can continue to make an emphasis of becoming an average to an above-average defender, it will only quicken the team’s maturation process.

Tonight’s game wasn’t pretty. In fact, it was almost a mirror image of their first meeting against the Knicks. Inconsistent shooting, sloppy turnovers and up-and-down effort on defense. The only difference, the Cavs won.

And with a young team that is still learning how to win, it is a good sign to see even when they are playing at their worst, the figure out a way to come away with a victory.

With tonight’s lost against the Cavs, the Knicks fall to 4-16 and set a new franchise mark for their worst start to a season.

The Cavs’ extend their winning streak to five games.

Next Up: At Toronto on Friday. 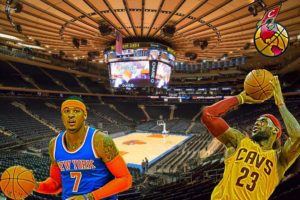