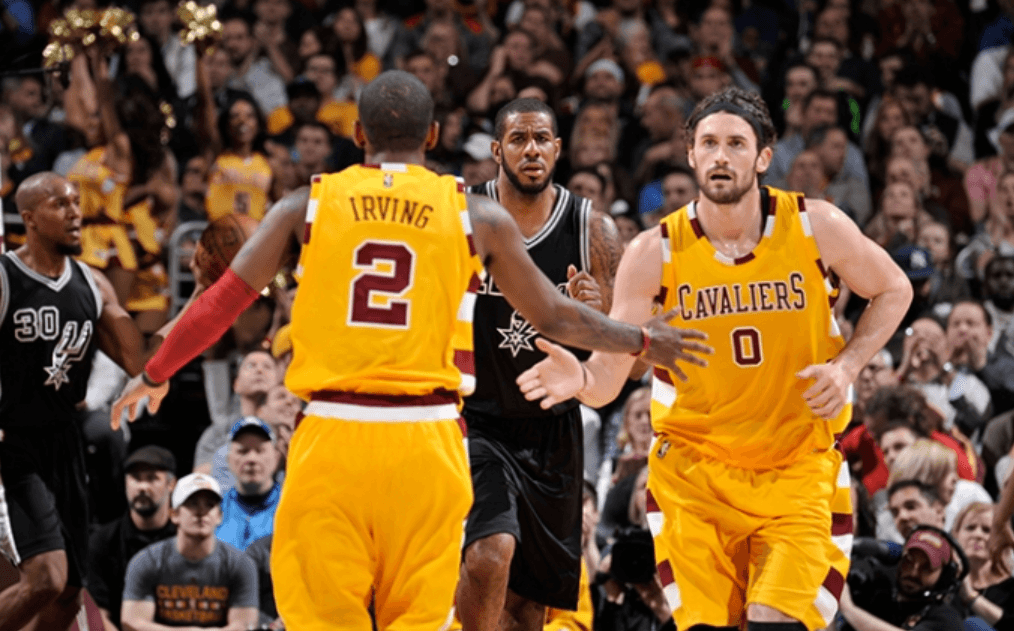 The Cavs kept rolling as they beat the Spurs 117-103 on Saturday night to collect their fourth straight win. They improved their home record to 19-3 and their overall record to 34-12. The Cavs started off hot, dropping 37 points in the first quarter, despite giving up 30. They bounced back defensively in the second quarter by holding the Spurs to 19 points and heading into the half up 66-49.

Tyronn Lue did a good job of utilizing Kevin Love and he did not disappoint, going 8-of-13 from the field, including three triples to give him 21 points. Love also added 11 boards to notch his 22nd double-double. Kyrie also gave the Cavs 21 points on 9-17 shooting, as well as dishing out six assists. LeBron went 10-17 from the field and hit 9 of 11 free throws to lead the team with 29 points. Delly played well with 15 points, coming from 6-10 shooting with three three’s. Tristan Thompson and J.R. Smith each contributed 10 points to give the Cavs six players scoring in double-digits.

Throughout the game the Cavs consistently beat the Spurs in transition leading to fast break points. They were also able to exploit the weaknesses in the Spur’s zone defense by reversing the ball quickly and driving and kicking the ball out to get open shots. This led to the Cavs shooting 54.9%, hitting 45 of their 82 shots. The Cavs were also able to outboard the Spurs 44-32, 10 of which were offensive.

Besides a rough first quarter, the Cavs were able to hold the spurs defensively. The Cavs came away with four blocks, including two monster stuffs by LeBron. The Spurs made some runs, but ultimately weren’t able to overcome the Cavs high-paced, high-powered offense. The Cavs went up by as much as 19 in the third quarter, and wouldn’t let up, giving them the 14 point win.

The Cavs have been looking good since Tyronn Lue took over, giving him a 4-1 head coaching record. They have also scored at least 114 points in the past four games after a loss to the Bulls where they only put up 86. The Cavs look to improve their record on Monday when they take on the Pacers in Indianapolis. 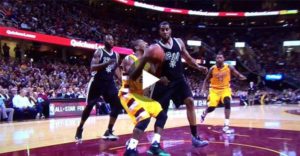 JUST IN: VIDEO: Kyrie Irving Jukes Two Spurs And Scores Acrobatically Between Them