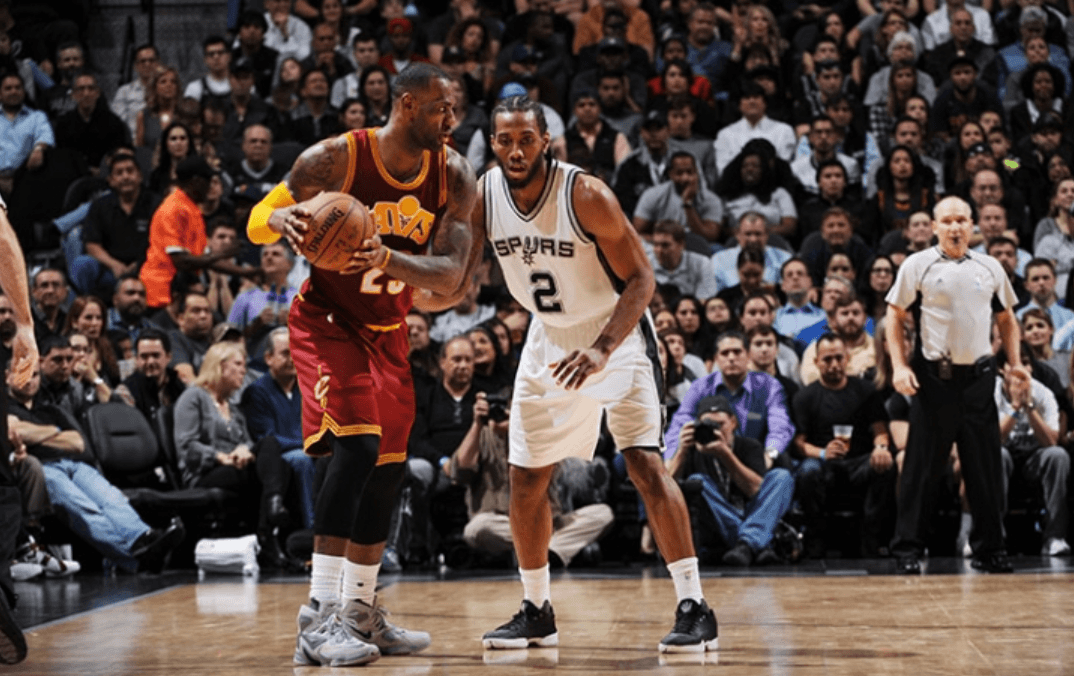 The two hottest teams and two of the top three overall records in the NBA squared off Thursday night. The visiting Cleveland Cavaliers came into San Antonio with an eight game winning streak, while the Spurs were on a nine game winning streak of there own, including an absurd 31 straight regular season home wins dating back to last season. The Cavaliers are finally healthy just in time for their toughest part of the schedule. The last time the Cavs played in San Antonio they won in overtime 128-125, in perhaps the best regular season game of the season. Kyrie Irving dropped a career (and NBA high last season), 57 points in the Cavs overtime win, while LeBron James added 31 points and seven assists. The Cavaliers are coming off an overtime thriller in Dallas, while the Spurs are returning home after defeating the Detroit Pistons on the road.

The Cavaliers came out firing right away as they opened with a 10-2 run only two and a half minutes into the game, forcing the San Antonio to take a quick timeout. The Cavs continued to play with that intensity throughout the quarter. When Cleveland went ahead by 13 points after Tristan Thompson’s and-one alley oop from Matthew Dellavedova that marked the largest home deficit for the Spurs at home this season. The Cavs ended the quarter hitting their last 6six shots leading the Spurs 32-20 after the first quarter. The 32 points were the most points given up by the Spurs in one quarter all year. Kevin Love had five of the teams first seven points and added points rebounds in the first quarter, while Tristan Thompson put in eight points with six rebounds, including two alley oops from Dellavedova, and J.R. Smith added 10. For the Spurs, Parker had six first quarter points.

After leading by as many as 15 points in the first quarter the Cavs cooled off in the second scoring only seven points in the first five minutes, allowing the Spurs to claw back into the game. The second quarter was much more defensive focused for the Spurs going on an 11-2 run to open the quarter and holding the Cavs to 18 points, while scoring 24 of their own. Parker ended the second quarter hitting a fade away jumper with one second left on the clock, ending his marvelous first half with 18 points and bringing the Spurs to within six points with the Cavs leading 50-44.

This is only the third time during their 31 game home winning streak the Spurs have trailed at the half. The Cavs led the whole first half, shooting 51% from the field and hit five of their 10 three point attempts. LeBron ended the half with 14 points and four rebounds, while Kevin Love had seven points and 10 rebounds. The Spurs shot only 40% in the first half. Top unrestricted free agent of this past summer Lamarcus Aldridge ended the half with 0 points, missing all of his four shots.

The Spurs opened up the third quarter with an 11-0 run, after last season’s defensive player of the year Kawhi Leonard hit a three to put the Spurs up by two for their first lead of the game. Led by Leonard’s eight points the quarter was high-paced as both teams scored well in the period. The Spurs won the quarter 28-23. Though the Cavs gave up their lead for the first time in the quarter, Dellavedova hit a buzzer beating three coming off Irving’s pass to give the Cavs a 73-72 to end the quarter.

The momentum began to swing in the favor of the Spurs in the fourth quarter, as Parker made a layup off Timofey Mozgov’s goaltend. After two straight turnovers by the Cavs, former Cavalier Danny Green was fouled on a three-point attempt making two out of his three free throw attempts. The Spurs called a timeout with seven and a half minutes to go while they were on an 11-0 run, and holding the Cavs without a point for four minutes, giving the Spurs a 83-75 lead. As the Spurs offensive began to get stagnant, Leonard had an emphatic put-back dunk to give them a 10-point lead, with four minutes and 40 seconds remaining. Duncan hit a 13-foot bank shot with 56 seconds to go that proved to be the dagger, as the future Hall-of-Famer has done so many times in his career. Irving hit a three to bring the Cavs to within four points with 17 seconds remaining. They would foul Parker with 12 seconds remaining, but would give up an offensive rebound to Aldridge after Parker missed both free throws. Having to foul Aldridge with nine seconds left he would make both, leading to the Cavs defeat 99-95.

The Cavs were outscored in the second half 55-45, but actually shot better overall from the field than the Spurs for the game. The Cavs turned the ball over 17 times leading to 16 fast break points for the Spurs, while the Spurs only turned it over 11 times for eight fast break points for the Cavs. For the winning Spurs, Parker had 24 points and Leonard added 20 points, 10 rebounds and 5 assists, dominating the third quarter, and holding James to a quiet second half. James would finish with 22 points and seven rebounds. Love and Thompson both chipped in double-doubles. The Spurs shot 22 free throws and made 18 of them (82%), while the Cavs only went to the line 11 times making nine (82%). The Cavs will look to get back on track tomorrow night as they face the resurgent Houston Rockets; who hold a five game winning streak. This is the last game of a six game road trip, as they return home Monday in a finals rematch against the Golden State Warriors. 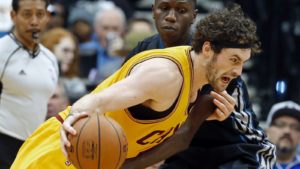 JUST IN: Kevin Love Has Done Enough For A Return To The All Star Game