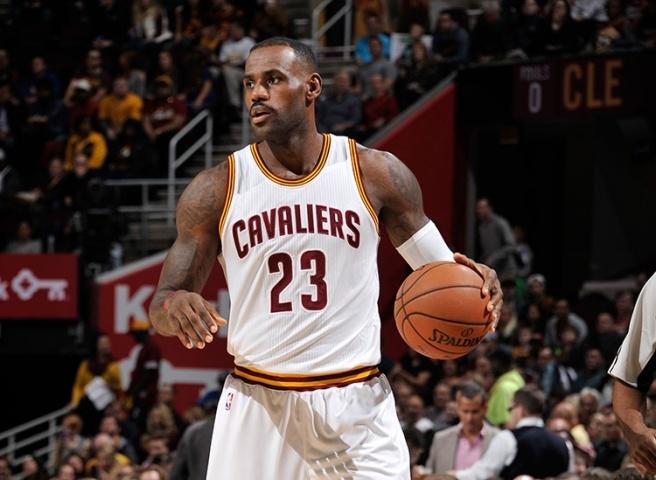 Just days after LeBron James became the youngest player in NBA history to score 25,000 points, he recorded another milestone tonight during Cleveland’s 108-102 win over the Philadelphia 76ers. After an opening night loss to Chicago to start the season, the Cavaliers have reeled off five straight wins and tonight marked their third straight win at home. For the 76ers, tonight’s loss drops their record to an abysmal 0-5 start. The Cavaliers were without J.R. Smith for the second straight game due to injury, but he was not missed as the team still found enough productivity, shooting over 50 percent from the field and nearly 40 percent from deep.

On Monday night in Philadelphia, James reached the 25,000-point mark for scoring in his career. Tonight, he became the 20th player in NBA history to make 9,000 career field goals. After not shooting the ball particularly well Wednesday against the Knicks, going 9/23, James redeemed himself as he shot 12/22, including 3/5 on his three point attempts. A scary sight for Cavalier fans early in the fourth quarter as James tweaked his knee after landing hard on a fast break. However, he seemed to be okay as he returned to the game after a Cleveland timeout. He finished with 31 points, four rebounds and 13 assists.

With the Cavaliers missing another key player to injury, other players had to step up tonight. Kevin Love shot the ball very poorly as he only shot 31 percent, however he still managed to get a double-double by scoring 12 points and grabbing a team-high 14 rebounds. Timofey Mozgov dropped 13 points while only missing one shot from the field. Moreover, starter Mo Williams scored 16 points on 66 percent shooting. The bench for the Cavaliers provided a nice boost. Richard Jefferson added 17 points while Matthew Dellavedova had 11.

Even with the loss, one could think that there is a light at the end of the tunnel at some point for the 76ers. Young talent Nerlens Noel finished with a double-double himself with 18 points and 12 rebounds. Additionally, their first round pick, Jahlil Okafor, also finished with 18 points and pulled down six boards. In what has been a rebuilding process for them, they have struggled heavily over the past few seasons. They have had good draft positions and have been stacking big men with a lot of talent. They took Joel Embiid in the 2014 NBA draft who has yet got the chance to take the court for them due to injury.

For Cleveland, this miniseries served as a great early season reminder. Falling behind Philadelphia in the first meeting pushed the Cavs into a higher gear, a luxury they won’t be afforded later in the season.

The 76ers are back in action tomorrow night, as they will take on the Orlando Magic in Philadelphia at 7 p.m. As for Cleveland, they will continue their four-game home stand when they face the Indiana Pacers Sunday afternoon at 3:30.