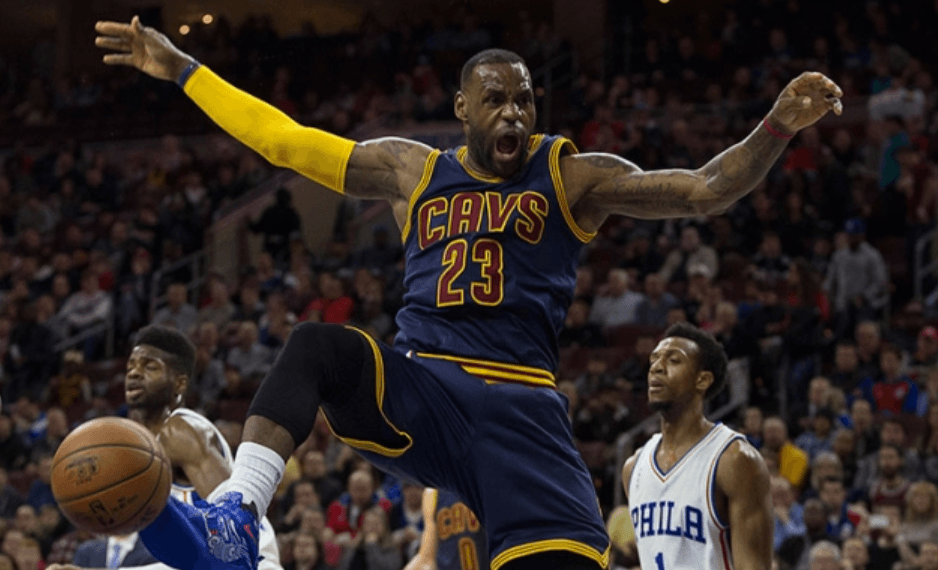 The Cavaliers extended their win streak to seven games tonight, defeating the pesky Philadelphia 76ers by the score of 95-85. The win was the squad’s third in a row to start their 6-game road trip, and overall their 13th in their last 15 games. The current winning streak is two games higher than the 76ers win total for the season, but the game was still not in hand until the fourth quarter. As JR Smith put it at halftime, the Cavs played down to the level of Philadelphia for much of the game, and they allowed them to stick around for much longer than they would have liked. The Cavs were still able to pull it out, completing a 4-game sweep of the 76ers on the season.

LeBron James led the Cavs with a huge all-around game as he finished with 37 points, 9 assists and 7 rebounds. LeBron scored 10 points during a 12-0 run in the middle of the fourth quarter to put the game away. With the 76ers hanging around and the score 81-79, LeBron came back from a rest and found his rhythm immediately. He scored from behind the arc, the free throw line and in the post, imposing his will on anyone the 76ers threw at him. He was unstoppable tonight, thanks in large part to his outside shooting. He finished the game shooting an amazing 15-22 from the field.

While LeBron was dominating, the rest of the Cavs’ offense struggled to find any rhythm. Coming into this game, the Cavs had surpassed the 120-point mark three consecutive times. Tonight they failed to find triple digits against easily the worst team in the eastern conference. The backcourt of Kyrie Irving and JR Smith struggled from the field tonight, combining to shoot 8-33. The Cavs took just a one point lead into the second half, after leading by as many as 8 in the second quarter. The Cavs would make small runs in the third quarter, only to have those answered by the young 76ers. It wasn’t until LeBron’s big run in the fourth that this game was comfortably in the win column for the Cavs.

Kevin Love and Tristan Thompson controlled the paint tonight, with both posting double-doubles for the Cavs to help in the win. Love finished with 15 points and 15 rebounds and Thompson contributed 10 points and 10 rebounds. In typical Tristan Thompson fashion, 7 of his 10 rebounds came on the offensive glass. Love played the role of distributor as well, dishing out 7 assists. JR Smith hit four from behind the arc, on his way to 14 points for the game. In the Cavs past four games, Smith has punished opponents from long range, having made 22 threes.

The road trip will get much more challenging from here, as the Cavs travel to Texas to face the Mavericks, Spurs and Rockets in a span of three days starting Tuesday. 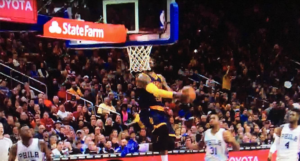