Jordan McRae can ball out, and he showed everyone what he can do in small glimpses over the season. The highlight of his career with the Cavs came when he played 47 minutes and scored 36 points with four rebounds and seven assists on 14-29 shooting. The Cavs haven’t used him much since then, as the playoff stage was ultimately no place for the rookie.

However, Chris Haynes of Cleveland.com is reporting that the team values McRae very much, and plans to keep him around for a while.

The Cavaliers have a June 29 deadline to issue or revoke a salary of $900,000. The team values the 24-year-old guard and see him as a player that could eventually become a rotation player.

Will he be back? McRae’s representatives would like for the Cavaliers to decline the team option and work out a two-year deal. But it doesn’t work that way. I would anticipate the champions picking up his option.

With the deadline tomorrow, the Cavs will very likely pick up McRae’s deal that guarantees him $900,00 for next season. Cleveland didn’t pick up McRae and keep him throughout the postseason just for fun; they have plans for the young guard whose grown close to Kyrie Irving since the postseason.

It will be interesting to see if McRae will be able to crack the rotation next season and show that he can be the consistent scorer that the Cavs desperately need off the bench. 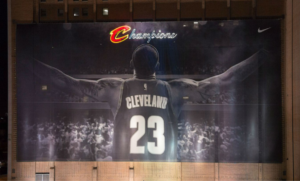