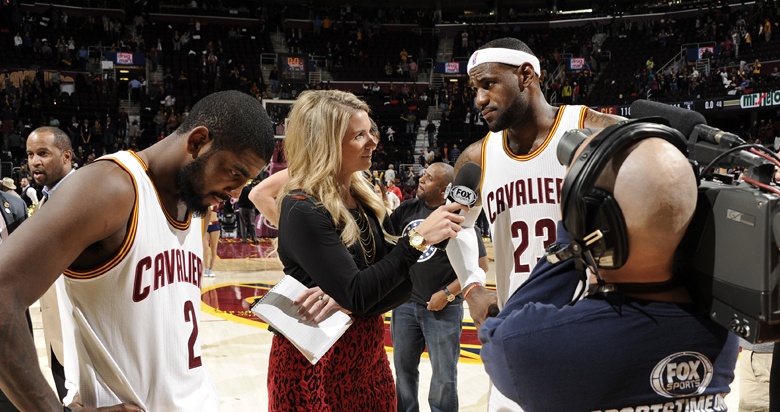 The Cleveland Cavaliers defeated the Brooklyn Nets, 124-116, at the Quicken Loans Arena Friday night. It was a much needed victory that halted a three-game losing skid for the defending champions.

The Cavs were clicking on offense and when asked about what she observed during one of the team’s huddles, FOX Sports Ohio sideline reporter Allie Clifton suggested one activity that caught everyone by surprise, most especially herself.

Talk about an extremely embarrassing slip of the tongue.