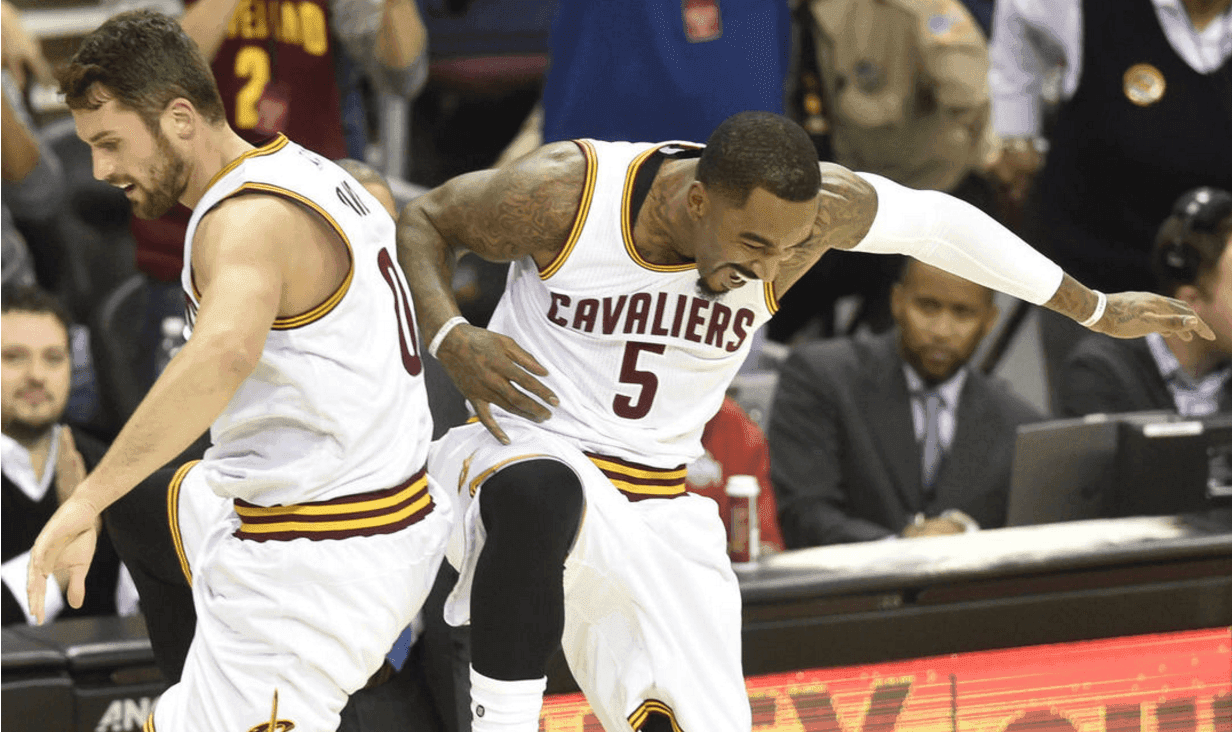 The NBA’s record books are quickly becoming covered in wine and gold ink.

On Wednesday night, the Cavs squared off against the Portland Trail Blazers inside Quicken Loans Arena. In a first qaurter flash of marksmanship brilliance, Kevin Love lit the Blazers up for 34 points, setting a new record for the most first quarter points in NBA history. Over the course of Wednesday night’s game, the Cavs drained a whopping 21 three-pointers, resulting in a 137-125 victory.

Friday night, the Cavs faced the Dallas Mavericks in front of yet another sell-out crowd at The Q. Cleveland’s hot hand from the perimeter continued to burn, as they shot 20-of-43 from beyond the arc against a daunted Dallas side, en route to a lop-sided 128-90 win.

After hitting seven of his nine attempts from the three-point line in Friday’s win, Love spoke with ESPN’s Brian Windhorst, saying:

So many guys close out to me so hard, but having my size I’m able to get the ball off quick if I just catch and shoot. I think I saw that and I’ve been able to do that. That’s only going to open up more for everybody. Feels good right now.”

Cavs Head Coach Tyronn Lue spoke optimistically to Windhorst with regards to his team’s recent performance from the perimeter, saying:

We were making 11, 12 or 13 three-pointers (per game), but I thought that we could shoot better. The last couple games the guys have been shooting really well.”

According to Elias Sports Bureau, the Cavaliers are now the only team in NBA history to make 20 or more three-pointers in back-to-back games.

The Cavs are on blistering pace from downtown, no doubt. In fact, Cleveland has now recorded 10 or more three-pointers in 14 consecutive games (seven or more in 54 straight games dating to last season). Furthermore, the Cavs are averaging 14 made three-pointers per game while shooting 40% as a team, which currently has them tied with the San Antonio Spurs for the best mark in the NBA.

For the Cleveland Cavaliers, team milestones and personal accolades are not the most important aspect of basketball. As with any NBA team, the Cavaliers know that the ultimate goal is hoisting the Larry O’Brien Trophy at the end of a long season.