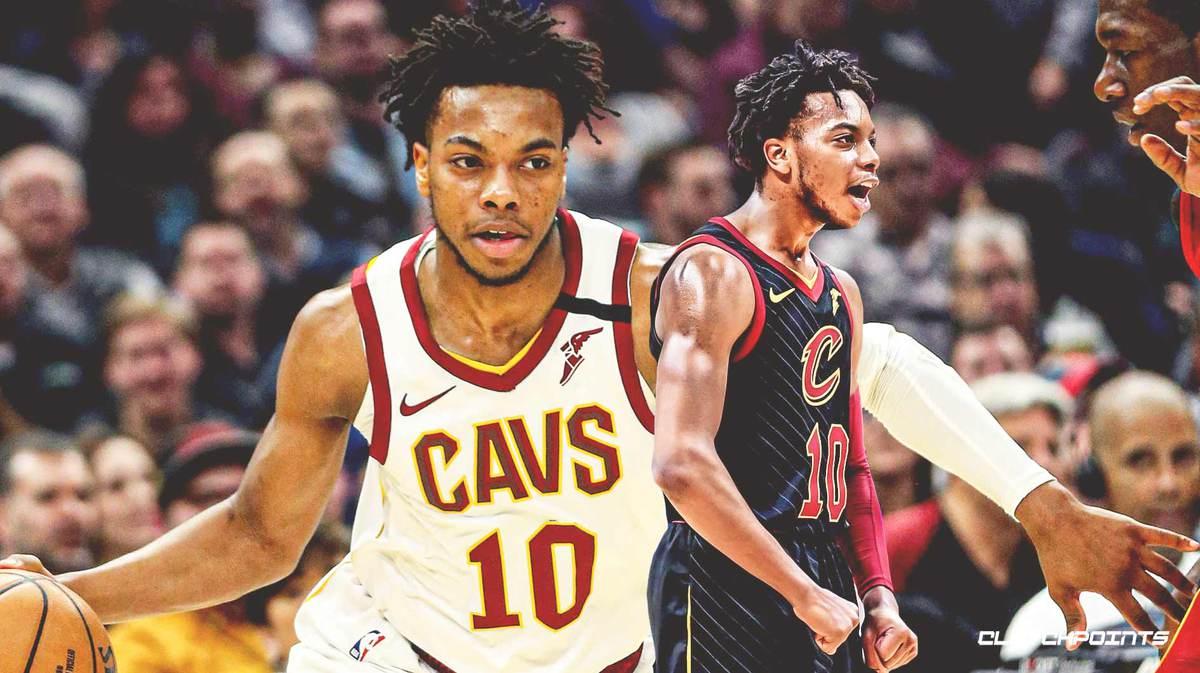 The NBA regular season is almost here, and next first in this series of previews for the Cleveland Cavaliers is second-year point guard Darius Garland, who is looking to rebound from a disappointing rookie season.

No one really knew what the Cavs would do with the fifth overall pick in the 2019 NBA Draft. The hope was that one of Zion Williamson, Ja Morant, or R.J. Barrett would fall, but the odds of that happening were slim to none. Just days before the draft, Vanderbilt’s Darius Garland started appearing in rumors surrounding the team, and when the Cavaliers were on the clock, the point guard was their choice. An injury forced him to miss practically the entire 2018-2019 season, but as a prospect, he was every bit as talented as the top three in that class.

Garland was undersized at 6-1 175 pounds, but he made up for it with excellent short-area quickness and lateral agility, the two most important physical traits for shot creation. He could cut and weave through defenders at will and created separation with a very good handle. He appeared in five collegiate games, and (warning: small sample size alert) in the three games that he was actually part of the offense, he averaged 25.3 points on 11-20 shooting from beyond the arc. Just like Kyrie Irving in 2011, Darius Garland had essentially zero college experience, but his immense talent was visible, and that was enough for the Cavaliers to take him fifth overall. It was the smart decision; for a team in the middle of a long (and painful) rebuild, taking the most talented player, regardless of position, is the route to take.

Two minutes into the game against Kent State, Garland suffered a torn meniscus which ended his college career. While not necessarily a devastating injury, it’s certainly not ideal. Many rookies his the proverbial “rookie wall” in the NBA due to the increased amount of games and travel compared to college, and that’s assuming those players had a full season of play and conditioning, not to mention their pre-draft work. Darius Garland was placed at a major disadvantage as a rookie, in that he had to quickly adjust to the NBA game while essentially having not played in college, and being unable to condition his body as he would have liked.

Add to that playing on a team that, frankly, was a mess in 2019-2020, and Garland had a tough rookie year. 12.3 points on 40% from the field is not exactly what you want from your fifth overall pick. However, there are plenty of positives to be found. He did shoot a respectable 36% on 5.0 three-point attempts per night and led the team with 7.7 potential assists on a usage rate of just 20.1. Garland didn’t seem to fully trust his knee, and lacked the decisiveness he showed in college, but did display a good feel for the point guard position as well as solid floor vision. Defensively, he was bad, and may never be even average due to his height. But at the very least, there were flashes of the talent that made him a top-five pick.

Garland reportedly added nearly 20 pounds of muscle this offseason, and according to Larry Nance Jr., Garland wasn’t far away from being the Cavs best player during the team’s mini-bubble. Perhaps that statement was intended only to invoke confidence in the young guard, but it’s not difficult to see Garland making a massive jump in year two. He has all the tools needed to become an elite offensive player; now, he needs to utilize them consistently. We need to see Garland trusting his body, regaining his explosiveness, improving defensively, and taking the lead on offense. He’ll have better talent around him to distribute to, and will have plenty of opportunities to create his own shot one-on-one. The addition of Isaac Okoro should also give Garland the chance to be a better defender, as will his increased mass.

There’s no guarantee this Collin Sexton-Garland backcourt will work out. But both can become very good players independent of each other. Sure, one of them will probably end up becoming the team’s sixth man, but if that player can produce in a similar way to Lou Williams, that’s perfectly fine.

Darius Garland was a top-five pick for a reason. He’s no less talented now than when he was drafted. With a (mostly) full NBA season and offseason under his belt, Garland should be able to re-introduce himself to the fanbase and the NBA at-large. When the Cavs tip off their preseason against the Indiana Pacers on December 12th, look for a bigger, quicker, and better Garland to make his first appearance.