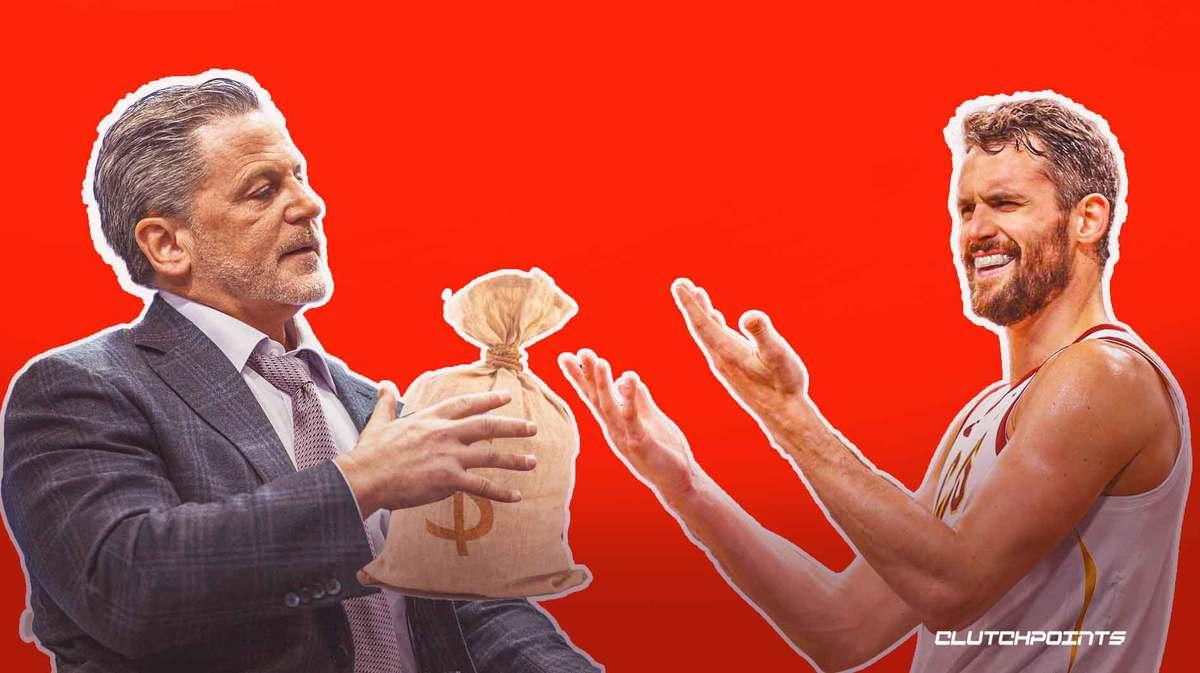 The Cleveland Cavaliers are full of young players on their roster from top to bottom, even more after adding Evan Mobley with the third overall pick in the NBA Draft. However, Kevin Love is still on the Cavs roster, for now at least.

The Cavs and Love seem all but headed for a buyout at some point. Love’s veteran status and desire to play winning basketball, not to mention his huge contract, make this split an easy decision. But, if Love and the Cavs reach a buyout, he is likely going to have to give back a nice chunk of change, according to Jason Lloyd of The Athletic.

“Love would have to give back significant money, somewhere in the $12-$15 million range, for the Cavs to consider letting him walk. Love has given no indication to this point he’s willing to do that. So the staring match continues.”

That is a lot of money that Love would need to give to the Cavs, and Lloyd mentions that discussions of a buyout have not happened yet. So, do the Cavs eat the money and just leave Love on the roster? Is Love content with playing a part-time role on a team that is full of young players?

Does Love want to give back more than $10 million in a buyout situation? At this point, nobody knows, but this departure from Cleveland seems as if it will happen at one point or another.