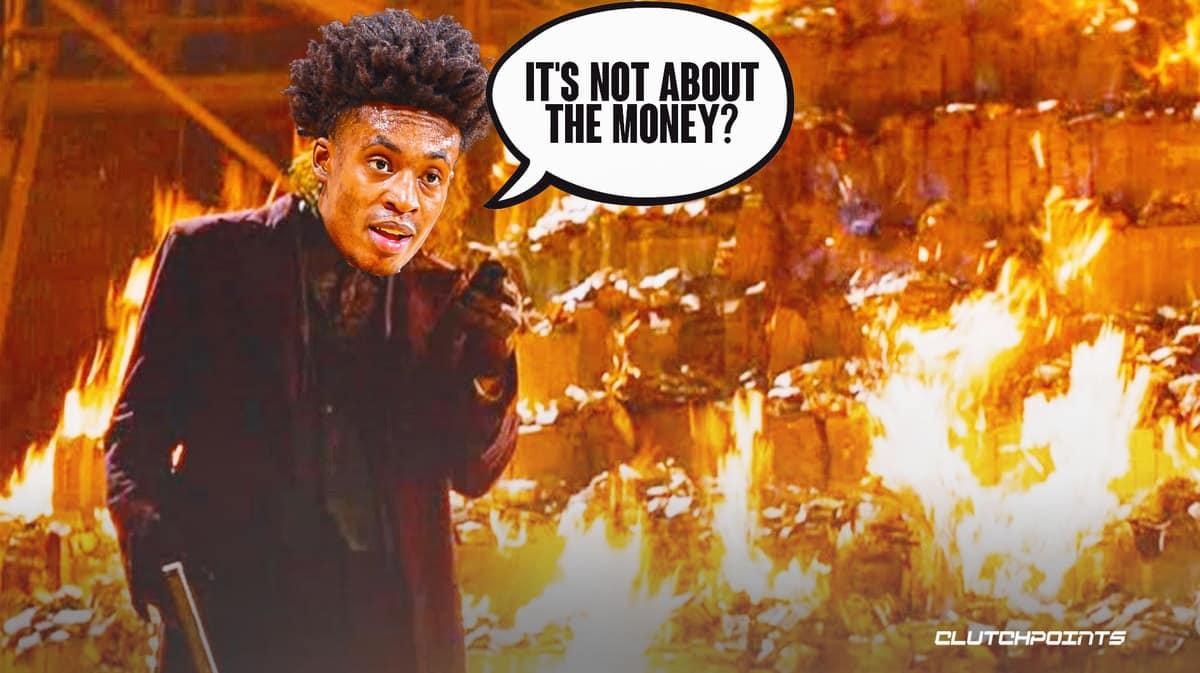 Collin Sexton has become somewhat of a forgotten name for the Cavs. This team has been so good this season that people sometimes overlook the fact that Sexton is currently on the shelf dealing with a season-ending knee injury.

Before his campaign came to an unfortunate end, however, reports suggest that Sexton’s camp was already in discussion with the Cavs for a massive contract extension. According to NBA insider Michael Scotto of Hoops Hype, the extension offer that was on the table was in the $20 million per year range:

“You can make a case that he’s a wild card and can maybe get a prove it short-term type of deal compared to what he originally thought,” Scotto siad (h/t David Akerman of Cavaliers Nation). “When he was in extension talks with Cleveland, they were talking, depending on what side you ask for their perspective, big money. They were talking $20 million-ish or more (annually), as one side wanted. That didn’t get done. He got hurt, unfortunately, and he’ll be the biggest wild card this summer when it comes to free agency.”

It remains unclear if Sexton rejected the offer or if it was the Cavs front office who was unwilling to meet this amount. However, the fact is that nothing materialized and right now, Sexton is set to become a free agent come the offseason.

Now with the benefit of hindsight, we can say that Sexton would have been in a better position right now if he had agreed to that deal. Then again, no one expected that he was going to get injured so you also can’t take it against him if he wanted to bet on himself and potentially earn a bigger payday. Sadly, this plan did not work and he is now going to be negotiating a new deal in the offseason without much leverage.

At this point, it remains to be seen if Sexton and the Cavs will be able to work out a deal in the offseason. $20 million per season sounds pretty steep for a player that will be coming off a major injury so it’s very much possible that the 23-year-old guard ends up taking a pay cut.