Cavs rumors: Reporter projects teams will be able to acquire Isaiah Thomas at discount next season after hip injury 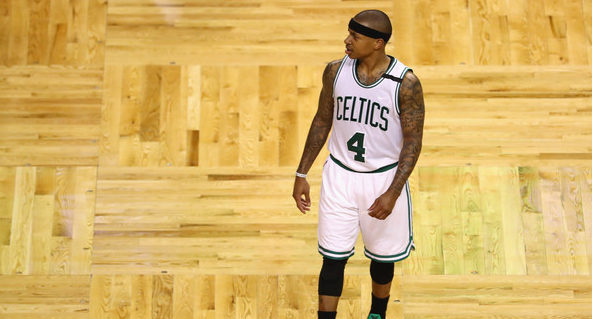 While the Cleveland Cavaliers have been able to milk the trade with the Boston Celtics to the absolute max, there’s the growing impression that Isaiah Thomas won’t get the massive contract he expects to receive after he recovers from his hip injury.

The 5-foot-9 dynamo was hoping the Celtics would have a Brinks truck’s worth of cash for his services, but instead decided to ship him to their Eastern Conference rivals in exchange for an unhappy, but younger/healthier Kyrie Irving.

This impression has now led to think that Cleveland will not be willing to keep Thomas as he is considered damaged goods with an injury that historically has shown disappointing results when it comes to a player’s longevity in the league.

According to ESPN’s Jeff Goodman, teams would now be able to acquire Thomas at a discount at the end of next season, paying him as a reclamation project more so than a star talent.

.@GoodmanESPN said that a team can acquire Isaiah Thomas' at a discount next offseason, due to his hip injury. pic.twitter.com/u2Uf752cdJ

Depending on how the season turns out and how much time he really ends up missing this upcoming season, this perception can change, but many front offices will be leery of what can happen with a player who has suffered such an impactful injury.

Hip injuries limit most basketball movements, ranging from lateral movement, sprinting, to the torque to contour the body mid-air for finishing and adjusting a landing when pulling down rebounds. Thomas could have problems getting around screens on offense and defense, making his court time extremely limited during his initial stints on the court with the Cavs. 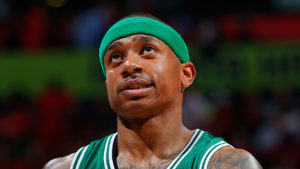