Given the uncertainty involving their frontcourt players at the time of the 2020 NBA Draft, the Cleveland Cavaliers were expected to use their fifth overall selection on Dayton Flyers standout Obi Toppin. However, much to the bewilderment of a lot of fans and pundits, the Cavs elected to address their wing needs instead, opting to draft Auburn defender Isaac Okoro.

Per Marc Berman of the New York Post, the Cavs took a long hard look at the 6-foot-9 athletic freak but was turned off by one glaring weakness in his game.

According to an NBA source, the Cavaliers weren’t sold on Toppin’s defensive prowess. Cleveland instead took Auburn’s Isaac Okoro, considered the draft’s best wing defender. The Cavaliers have been the league’s worst defensive team for two straight seasons.

Obi Toppin was deemed as one of the premier big men in the 2020 crop, following his sensational second season with the Flyers where he won National College Player of the Year. The 22-year-old displayed the skill set of a modern-day big, with averages of 20.5 points, 7.5 rebounds, 2.2 assists, 1.0 steal and 1.2 block.

While Toppin is indeed an explosive athlete who could put a lot of defenders on posters, he truly doesn’t pose the same impact on the other end of the floor. Pundits question if he has enough lateral quickness to guard some of the athletic forwards in the league. Some, like the Cavs, also think he won’t hold up against bigger and more physical competition in the low post.

It remains to be seen if the Cavs made the right choice on passing on Toppin, especially since Okoro’s game also poses similar concerns for the team. He is considered the best wing defender in this crop, but his offense leaves a lot left to be desired. 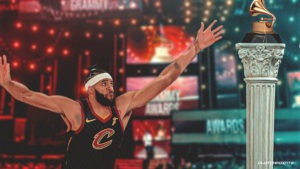