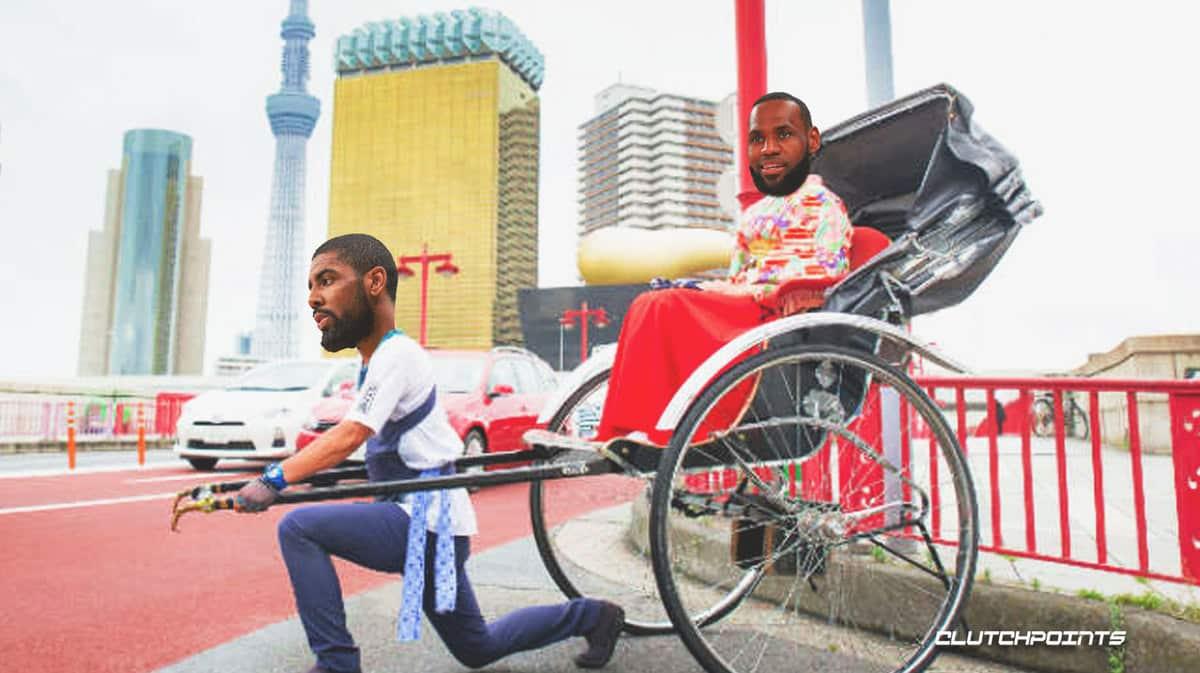 Much has been made about the relationship Kyrie Irving had with LeBron James during their time together with the Cleveland Cavaliers. The pair brought home a championship for the Cavs in sensational fashion, but it also seems as though their relationship on and off the court had an almost equally intriguing dynamic.

Right after the Cavs won the 2016 NBA title against the Golden State Warriors, Irving jumped ship. His shock move to the Boston Celtics led many to believe that this was motivated by his unwillingness to remain under LeBron’s shadow. As it turns out, there could be more to this narrative than Kyrie not wanting to be a second option on the team.

According to Joe Vardon of The Athletic, one of Irving’s issues with the Cavs was how they provided LeBron with the type of special treatment that Kyrie never received. Apparently, this did not sit well with the enigmatic point guard:

When LeBron returned to Cleveland, the Cavs hired his trainer, his security and his personal assistant. Irving couldn’t get the same treatment for his associates, and it bothered him. But not just him.

What needs to be noted is that this was during LeBron’s second stint with the Cavs. Not only was he the biggest name in the NBA at that point in time, but his homecoming in Cleveland was considered as a groundbreaking development in the city — and the Cavs organization acted accordingly. For his part, however, Irving appears to have frowned on this notion, particularly when it came to LeBron’s associates.

As it turns out, Kyrie’s father, Dredrick Irving, may have also played a significant role in all of this. Kyrie is close to his dad and reports suggest that Dredrick had a major say in his son’s career. It is very much possible that Kyrie’s perceived “beef” with LeBron was something that Dredrick fueled:

According to a previous report by The Athletic, an incident between Drederick and one of the people close to LeBron whom the Cavs hired turned ugly when Irving’s father refused to shake hands with him. LeBron eventually asked Kyrie what happened, and Irving told him Drederick believed they shouldn’t be “fraternizing with the enemy.”

“​​I think a lot of that was pushed by his dad,” said someone who knew LeBron and Kyrie well when they were together on the Cavs. “It was ‘I gotta get this, I gotta get that,’ and then that led to who he is today.”

The report also states that Cleveland learned from their sources that Dredrick was “overly demanding of Kyrie.” They also deemed the man as “unpredictable.” So much so, that they even went as far as following up with Kyrie’s coaches and friends at Duke in order to get more background information on Dredrick.

The controversies haven’t ended for Irving. Right now, he has been the poster boy of the league for unvaccinated players. He has been able to take the court, though, with the Brooklyn Nets backtracking on their earlier decision to exile him for his refusal to get vaccinated.

What we can say for sure is that Kyrie Irving is unlike any other player we’ve ever encountered in the past. There’s no denying that he’s currently one of the top point guards in the league, but the baggage he brings with him is also something that cannot be ignored.