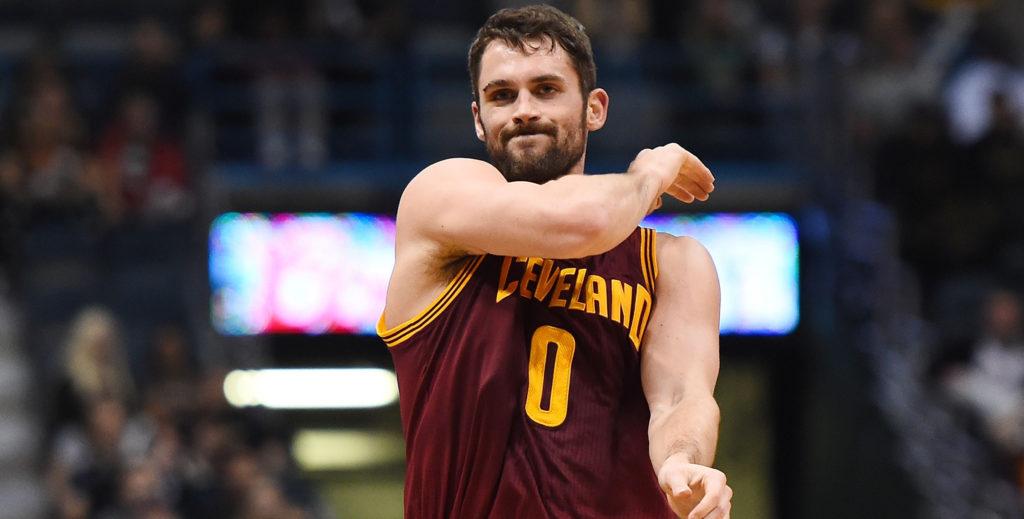 The Cleveland Cavaliers aren’t ready to shuffle the puzzle just yet. After head coach Tyronn Lue promised to involve Kevin Love into the offense even more with the departure of Kyrie Irving, he stopped short at the idea of sliding the double-double machine into the center position — an idea that came about after ESPN’s Zach Lowe wrote that newcomer Jae Crowder could be part of a lineup alongside LeBron James.

“Right now we’re just trying to get all of our pieces together and right now Tristan’s our starter,” Lue told Joe Vardon of Cleveland.com. “I’m just thinking we’re going to run a lot more stuff through Kevin, more at the elbows, like we’ve done the last year and a half. Just trying to figure out with our new pieces and our new players and just see what works best for us.”

While a frontcourt lineup of James, Crowder, and Love maximizes perimeter efficiency while sacrificing size and shot-blocking — it certainly makes an interesting proposition for a smaller, quicker lineup that can deal a punch from outside in a periodic basis.

Love’s acumen as a stretch four can pay off in bundles by keeping teams on their toes, but could make oppositions even more uncomfortable when doing so as a center, forcing big men out of the lane and creating driving lines just by his presence.

The newly-turned 29-year-old, had his best season in a Cavs uniform since first joining the team in 2014, averaging 19 points and 11.1 rebounds per game last season while shooting 37.3 percent from downtown.

Crowder averaged 14 points per game last season and shot a whisker shy of 40 percent from deep while being the team’s defensive enforcer — attributes that make him an enticing option to crack the starting five.

Thompson had a dubious season after securing a long-term contract, failing to show up when it mattered most in the NBA Finals and showing lapses in effort, which had proved to be his trademarked skill.

While his job is safe for now, according to Lue, it could take a series of bad games for the man at the helm to pull the plug and re-arrange his deck to fit his needs.